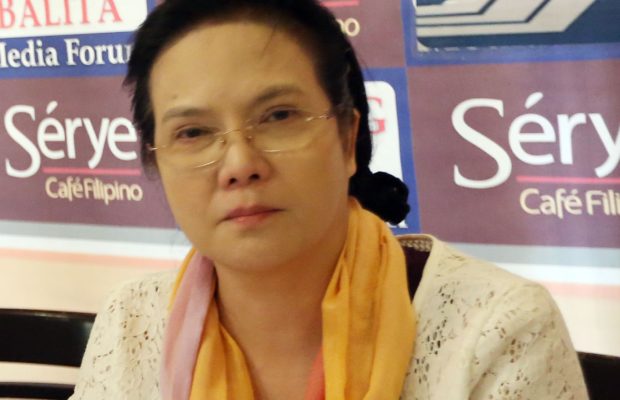 MANILA, Philippines – Public Attorney’s Office (PAO) chief Persida Acosta has asked the Office of the Ombudsman to dismiss the graft complaint filed against her and a to strike out a manifestation from supposed PAO lawyers seeking her suspension.

According to the 7-page motion filed by Acosta on Friday, through the help of PAO, there is no sufficient evidence to prove that she used the Dengvaxia issue to justify the acquisition of more office supplies and that she and PAO forensic expert Dr. Erwin Erfe defrauded public funds through it.

“Wherefore, premises considered, it is most respectfully prayed of this Honorable Office of the Ombudsman that […] a Resolution be issued dismissing the charges […] for utter lack of factual basis, lack of probable cause, for insufficiency of evidence to support the allegations and for utter lack of merit,” the motion said.

Aside from the graft complaint, Acosta and Erfe are facing charges of falsification, malversation, administrative charges for grave misconduct, serious dishonesty, grave abuse of authority, and conduct prejudicial to the best interests of the service.

Earlier, Ombudsman Samuel Martires assured that his office would look into the allegations thrown against the two PAO officials.

“The corruption allegations against the high-ranking PAO officials will be judiciously scrutinized and the cases shall be resolved solely on the basis of the evidence presented by the parties,” Martires said in a statement sent by the Office of the Ombudsman on Friday.

Graft complaints were filed by lawyer Wilfredo Garrido Jr. last April 11, 2019, but the issue garnered national attention again only after a manifestation was released by anonymous individuals who claim to be PAO lawyers employed with Salary Grades of 26 and higher.

In the manifestation, the lawyers sought for Acosta and Erfe’s suspension after capitalizing on the Dengvaxia issue.

The assailed dengue vaccine was withdrawn by pharmaceutical company Dengvaxia after studies found out that vaccinating seronegative patients — or those who have not yet contracted dengue before vaccination — may be affected with more severe forms of the disease.

However, on Thursday, over 80 PAO lawyers wrote their own manifesto disowning calls to suspend Acosta, saying that it is merely an attempt to discredit the office and prevent them from working independently.

According to Acosta, the anonymous manifestation must be stricken out for not presenting proof of its allegations.

“It bears stressing that, the said anonymous manifestation has very strong charges against the herein respondent Chief Public Attorney and to the PAO as a whole without even being signed and having no proof at all to substantiate its allegations,” the motion said.

“Thus, it must be treated as a mere scrap of paper with no value at all other than to be at the trash bin and deserves scant consideration; hence, must (be) stricken out of the records of this case,” it added./ac