MANILA, Philippines — Lawmakers are calling for an investigation into the “discrimination and harassment” of a transgender woman after she was barred from entering a women’s toilet in a mall in Quezon City.

She was released the same day after the janitress apologized and backed out from filing the case.

Roman, the first transgender woman to be elected in Congress, lambasted the arrest and harassment of Diez, whom she visited at the police station on Tuesday.

“Is it so difficult for us to be kind and considerate?… Si Gretchen went there for a basic human need to relieve herself and she was denied this, at bukod pa don hinimuliate pa, pinosasan, ipinarada, sinabihan pa na nawala raw ‘yung susi (ng posas). For a long period of time she was being paraded as if she was a criminal,” Roman said.

The congresswoman nonetheless vowed to be more determined in lobbying for the passage of the SOGIE equality bill.

Several bills prohibiting discrimination on the basis of sexual orientation, gender identity, or expression (SOGIE) have been filed in the House, including Roman’s House Bill No. 136, and the Makabayan bloc’s HB No. 258. /je 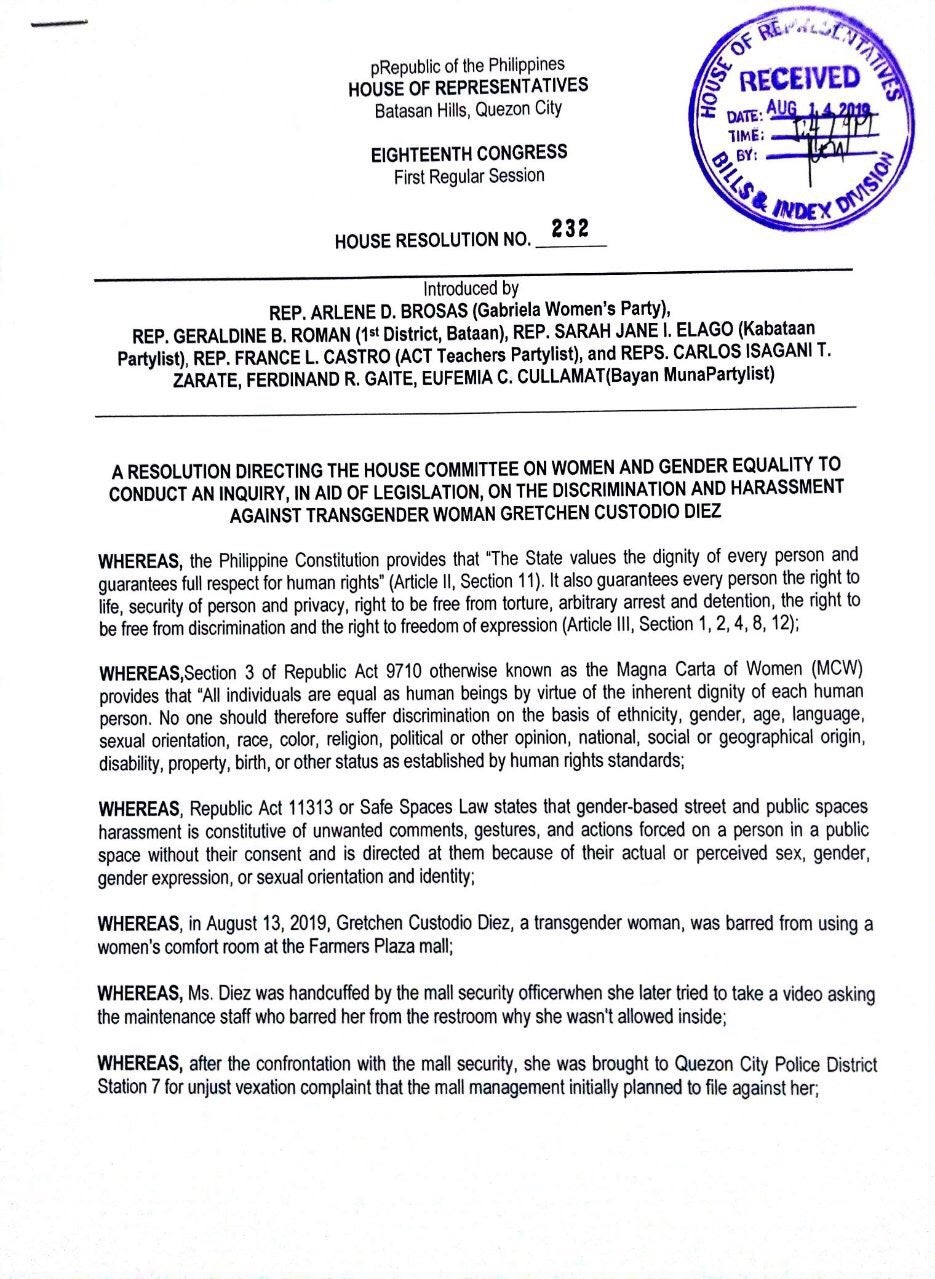 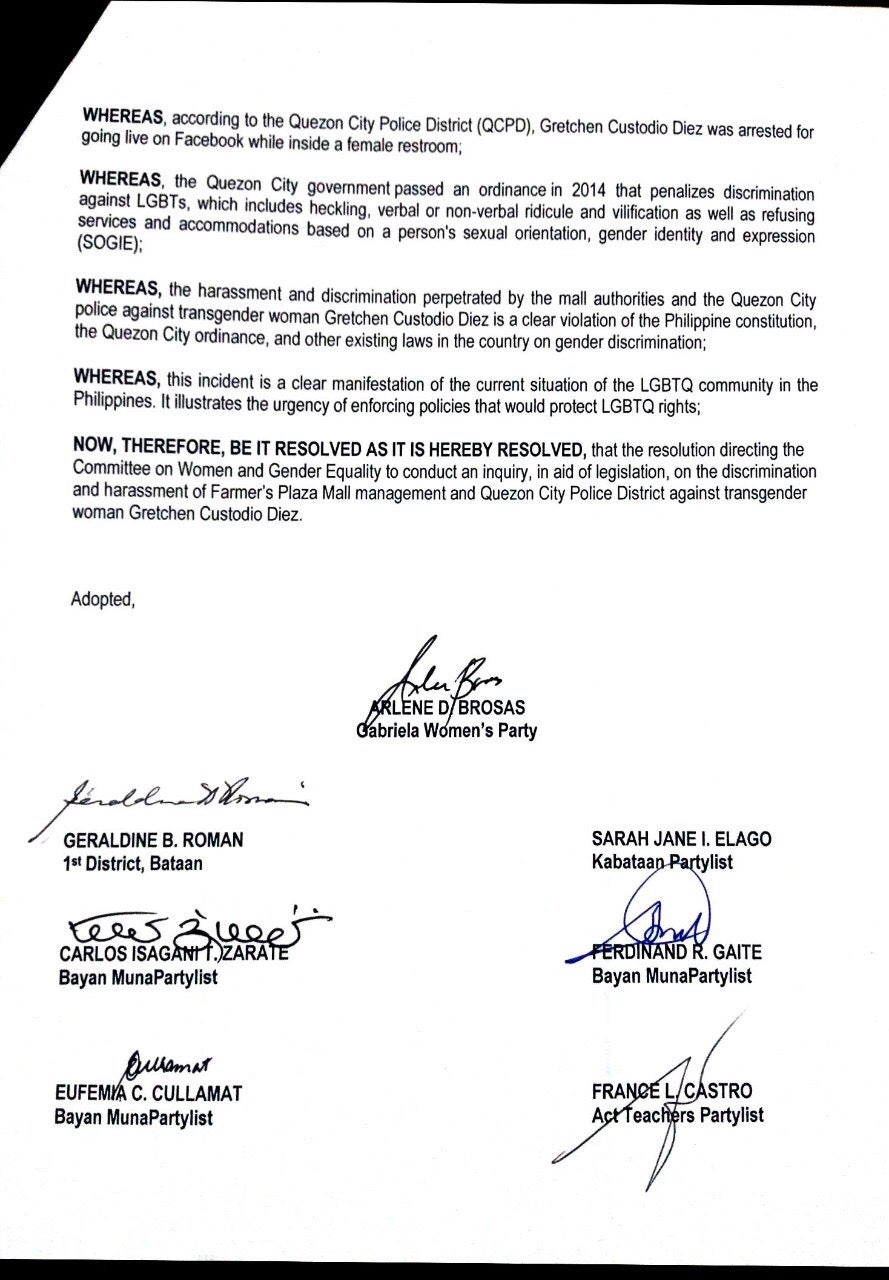