MANILA, Philippines – A transgender woman who was prevented from using a women’s comfort room in a Quezon City mall created a stir Tuesday afternoon.

The Cubao, Quezon City police station said Gretchen Diez, 28, was about to enter the restroom at a mall in Araneta Center around 1 p.m. when she was accosted by a janitress. 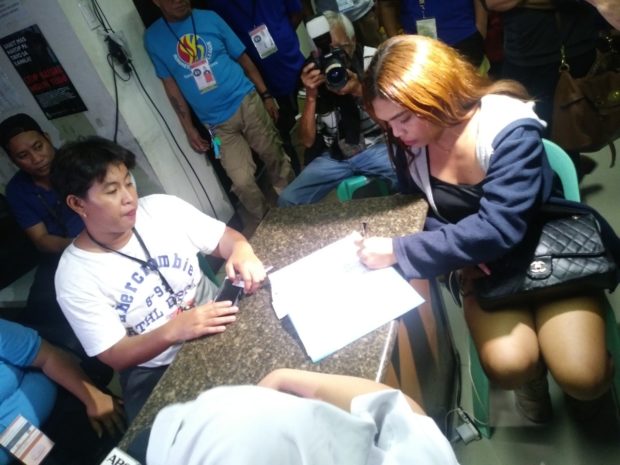 Diez took a live video of the incident, which prompted the janitress to summon a security guard, who apprehended Diez.

Lt. Col. Giovanni Caliao, Cubao police station chief, told INQUIRER.net in a text message that the janitress planned to file charges of unjust vexation against Diez but later backed out.

Caliao added that Diez’s is likewise not keen on filing a complaint against the janitress.