Palace: Give MMDA a chance 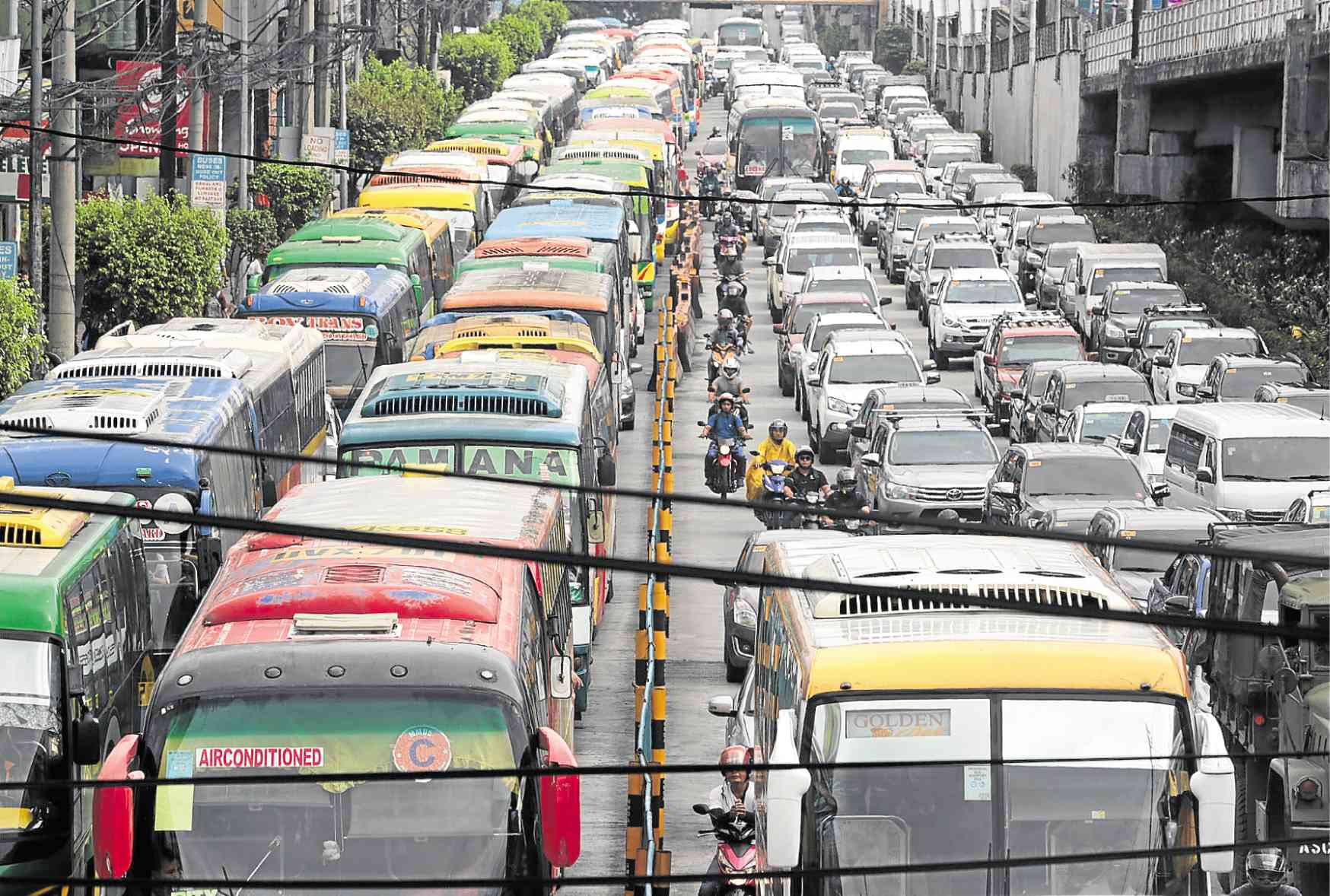 CONGESTION Traffic builds up on Edsa as buses are restricted to the yellow lane. —GRIG C. MONTEGRANDE

MANILA, Philippines — Following the sharp rebuke to the Metro Manila Development Authority (MMDA) for the traffic on Edsa, Malacañang has asked the public to give the agency a chance.

He cited that the Philippines loses billions due to the traffic congestion in Metro Manila.

“Lahat tayo naabala, in fact, we’re suffering by so much (sic) millions. Billions pa nga eh given the time lost,” he said.

The Palace official said the public could send their suggestions to the Palace or to the MMDA.

The already heavy traffic in Edsa worsened last week after the MMDA strictly enforced the yellow-lane policy as it rolled out its dry run of its provincial bus ban. /je