Boy sells pig for over P570,000, donates money to cancer research for kids 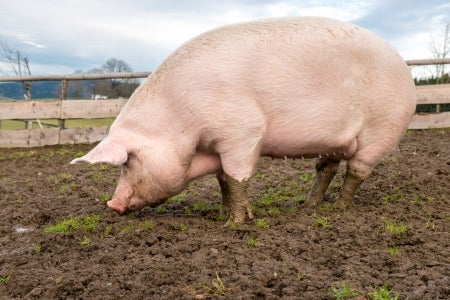 Members of the community were invited to auction off animals they have taken care of, as per Fox 8 on Monday, Aug. 5.

“The goal is to get it to proper weight,” said the fair’s board president Bob Toth. “They are able to sell at auction and hopefully, the proceeds pay for the cost of that animal and all that feed.”

Austin had other plans for the amount of cash Millhouse would sell for.

“One day my parents just asked me, well asked me and [my brother] Logan if we wanted to keep the money for our pigs or donate it, and we said donate the money,” he said in the report.

They decided to donate all their proceeds to St. Jude Children’s Research Hospital. The hospital is a pediatric treatment and research facility focused on children’s diseases, particularly cancers.

“The people that we are donating the money to, they need the money more than we do,” Austin stressed. “No kid should have cancer.”

The auctioneer then opened up the bidding for anyone who wanted to donate additional funds to the charitable cause. More than 20 people bid an additional $230 (almost P12,000) with someone giving $500 (about P26,000).

Austin was able to raise $11,040 (P575,918) from the auction, the report stated. In line with the charitable cause, the buyers of Millhouse donated the pig to help feed people through another charity.

The brothers hope the charitable effort will inspire other members of their community to do the same. Ryan Arcadio/JB

Gamer raises nearly $1 million for charity in under 5 hours