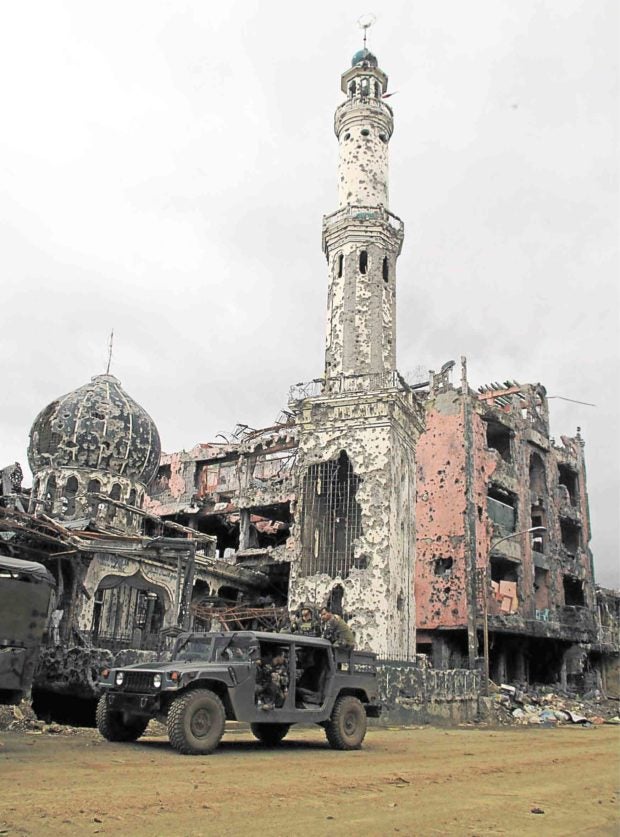 MANILA, Philippines — Senator Imee Marcos sought for joint-venture agreements (JVA’s) in Marawi to be exempted from “tough requirements” of government procurement and investment guidelines to hasten rehabilitation efforts there.

Marcos said Senate Bill 410, which she filed, seeks to set up a Bangon Marawi Council which is tasked to design special JVA’s and rebuild mosques in consultation with Muslim leaders.

Further, the council is also responsible for expediting the issuance of land titles that would also cover reservation areas no longer used by the military.

Under the bill, the council is exempted from the National Economic Development Authority (NEDA) guidelines on JVA’s.

However, contracts would still require the approval of several government agencies such as the NEDA, Department of Budget and Management, and the Public-Private Partnership Center to ensure “efficiency, transparency, competitiveness and accountability.”

The bill further states that the eased government restrictions shall remain consistent with existing laws and “shall apply only to the recovery, reconstruction, and rehabilitation projects for the most affected areas of Marawi City.”

“[Marawi’s complete rehabilitation may take] many years, even decades… It is important to start now with the restoration of the main mosque which is the central fixture of the community,” Marcos said in a statement.

The council is also tasked to submit monthly progress reports with the President as its chairman, the Housing and Urban Development Coordinating Council chairman as secretary general, and Cabinet secretaries as ex-officio members.

A joint congressional oversight committee is tasked to monitor the progress of the council.

The Senate economic affairs committee, chaired by Marcos is set to have its first hearing./ac