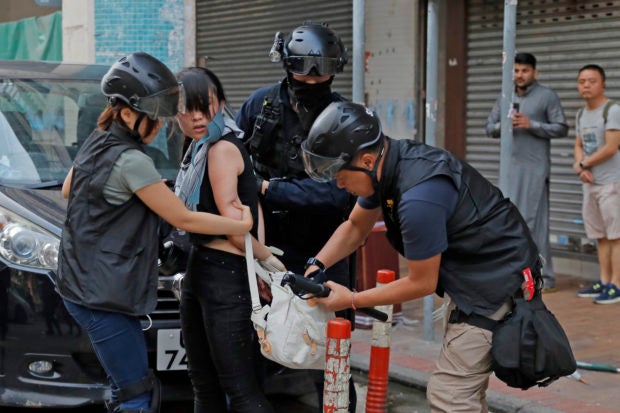 HONG KONG — Hong Kong police are showing off water cannons as pro-democracy street protests in the Chinese region stretch into their 10th week.

The Monday demonstration of specially equipped armored cars came after another weekend of protests at Hong Kong’s bustling international airport and on the streets of one of the city’s main shopping districts.

Website Hong Kong Free Press showed footage of one arrest that appeared to include officers dressing as protesters who injure a demonstrator pressed to the ground. 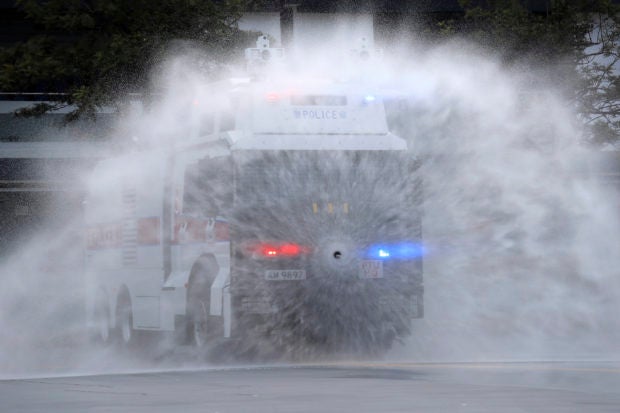 An anti-riot vehicle equipped with water cannon shows its water spraying skill during a demonstration at the Police Tactical Unit Headquarters in Hong Kong, Monday, Aug. 12, 2019. Hong Kong police showed off water cannons during the demonstration of specially equipped armored cars that came after another weekend of protests at Hong Kong’s bustling international airport and on the streets of one of the city’s main shopping districts. (AP Photo/Kin Cheung)

On Sunday, police fired tear gas inside a train station and in several other Hong Kong neighborhoods where protesters occupied roads.

Former British colony Hong Kong was handed over to Chinese rule in 1997 and some have accused the Communist Party-ruled central government of steadily chipping away at their freedoms. /kga