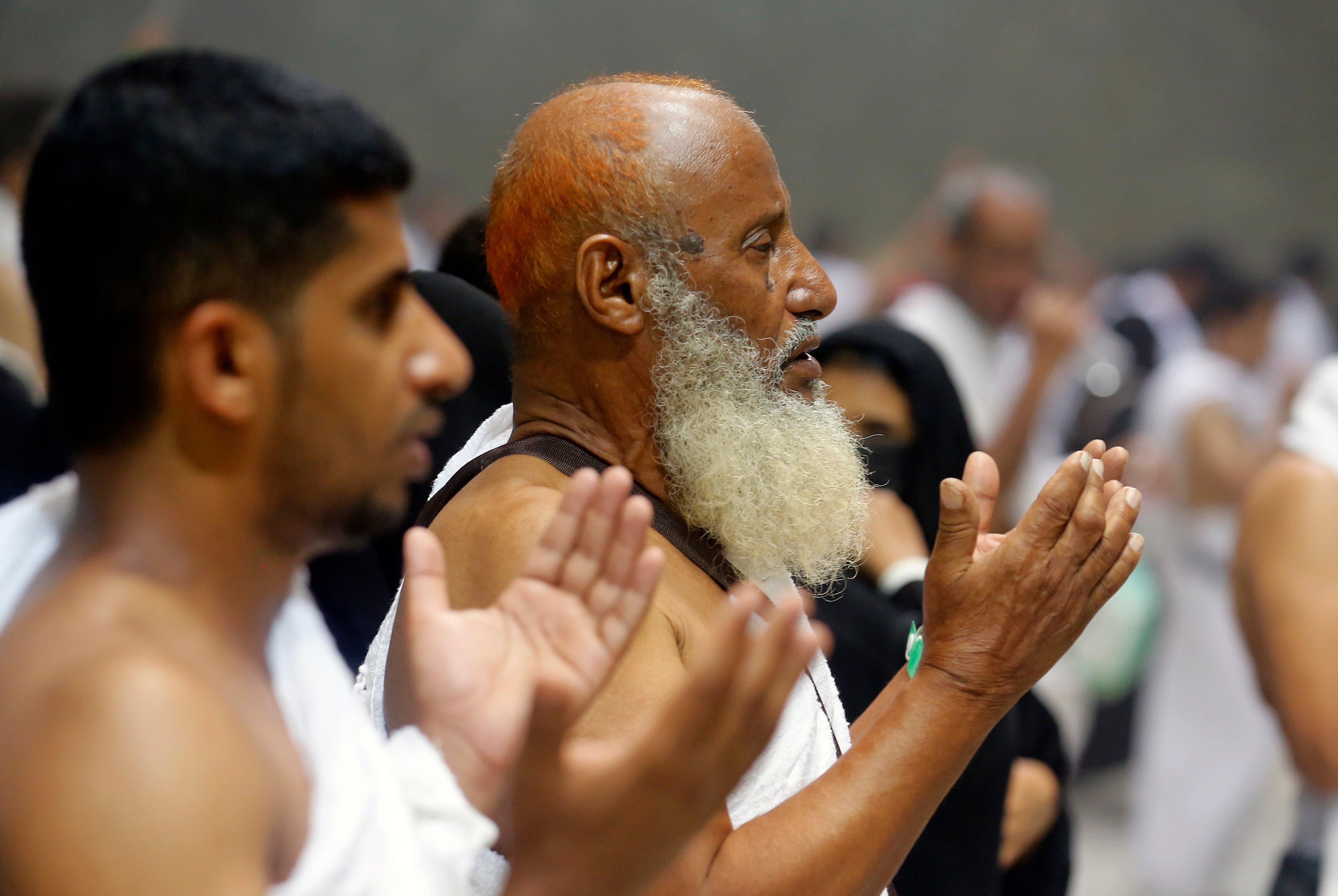 Muslim pilgrims pray after they cast stones at a pillar symbolizing the stoning of Satan, in a ritual called “Jamarat,” the last rite of the annual hajj, on the first day of Eid al-Adha, in Mina near the holy city of Mecca, Saudi Arabia, Sunday, Aug. 11, 2019. The hajj is required of all Muslims to perform once in their lifetime if they are financially and physically able. (AP Photo/Amr Nabil)

MINA, Saudi Arabia — Close to 2.5 million pilgrims took part in a symbolic stoning of the devil in the final days of the hajj pilgrimage in Saudi Arabia as Muslims around the world marked the start of the Eid al-Adha celebrations.

In Mina, pilgrims spend the final days of hajj throwing pebbles at a pillar in a symbolic casting away of evil. The massive tent city of Mina is where the deadliest hajj disasters have occurred, including a 2015 stampede and crush that killed more than 2,400 people.

To mark the completion of the hajj, male pilgrims shaved their hair and women trimmed theirs on Saturday to represent a spiritual renewal and rebirth.

Muslims around the world are commemorating the end of hajj with Eid celebrations, including distributing meat to the poor.