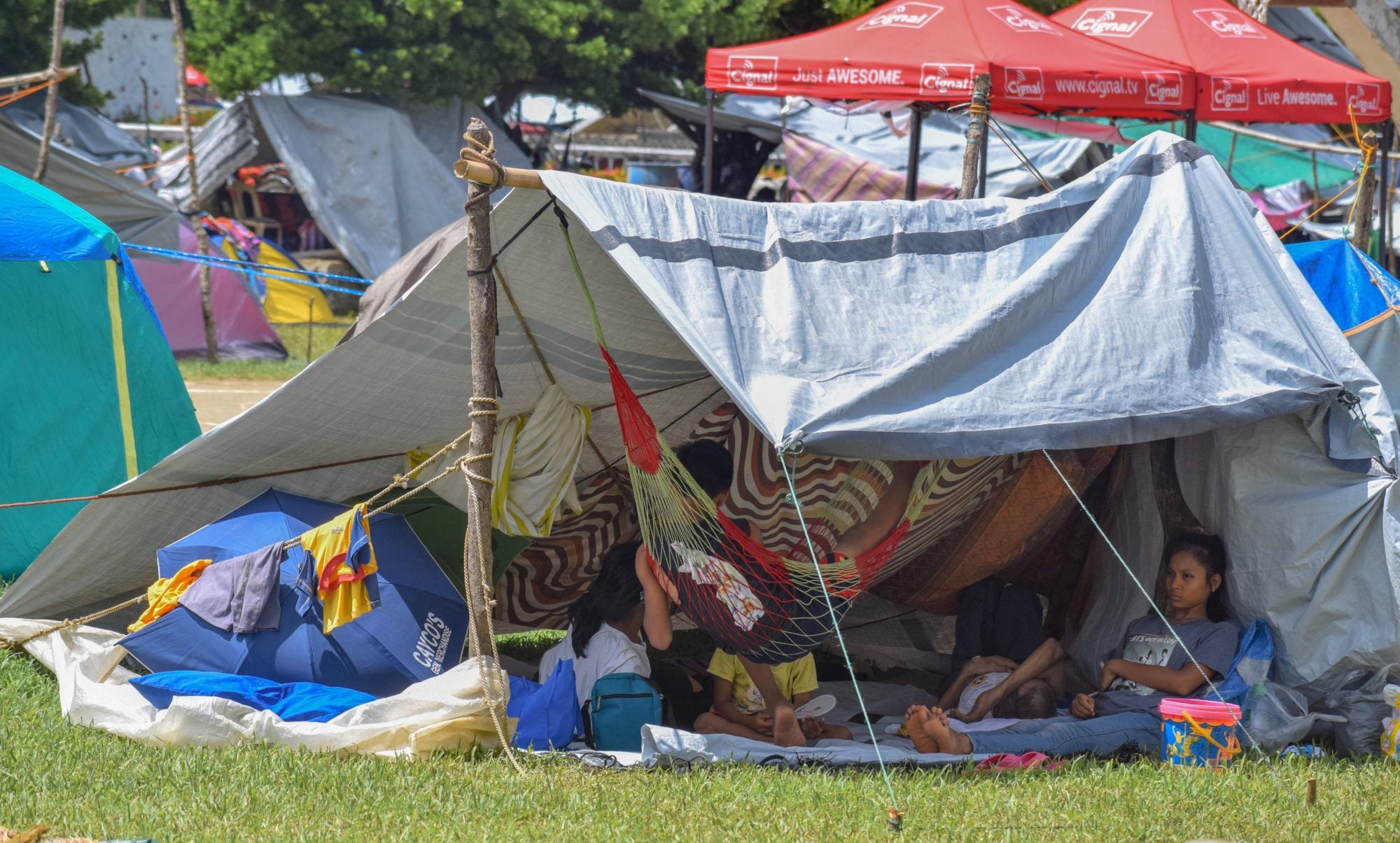 (FILE PHOTO) Many of the displaced villagers in Itbayat, Batanes stay in tents in the town’s open plaza days after major twin earthquakes jolted the town. (Photo by Arnel Comaya/Contributor)

DAVAO CITY — The city government of Davao has set aside P1 million in aid to victims of the powerful quakes that destroyed Ivatan houses and killed nine people in Itbayat town, Batanes province on July 27.

According to government data, at least 1,025 families either lost or suffered damaged homes in the two quakes that also injured 63 people.

Some 90 families are still staying in temporary shelters at the municipal plaza.

Baloran said the aid will come from the city’s Quick Response Fund for 2019. /tsb