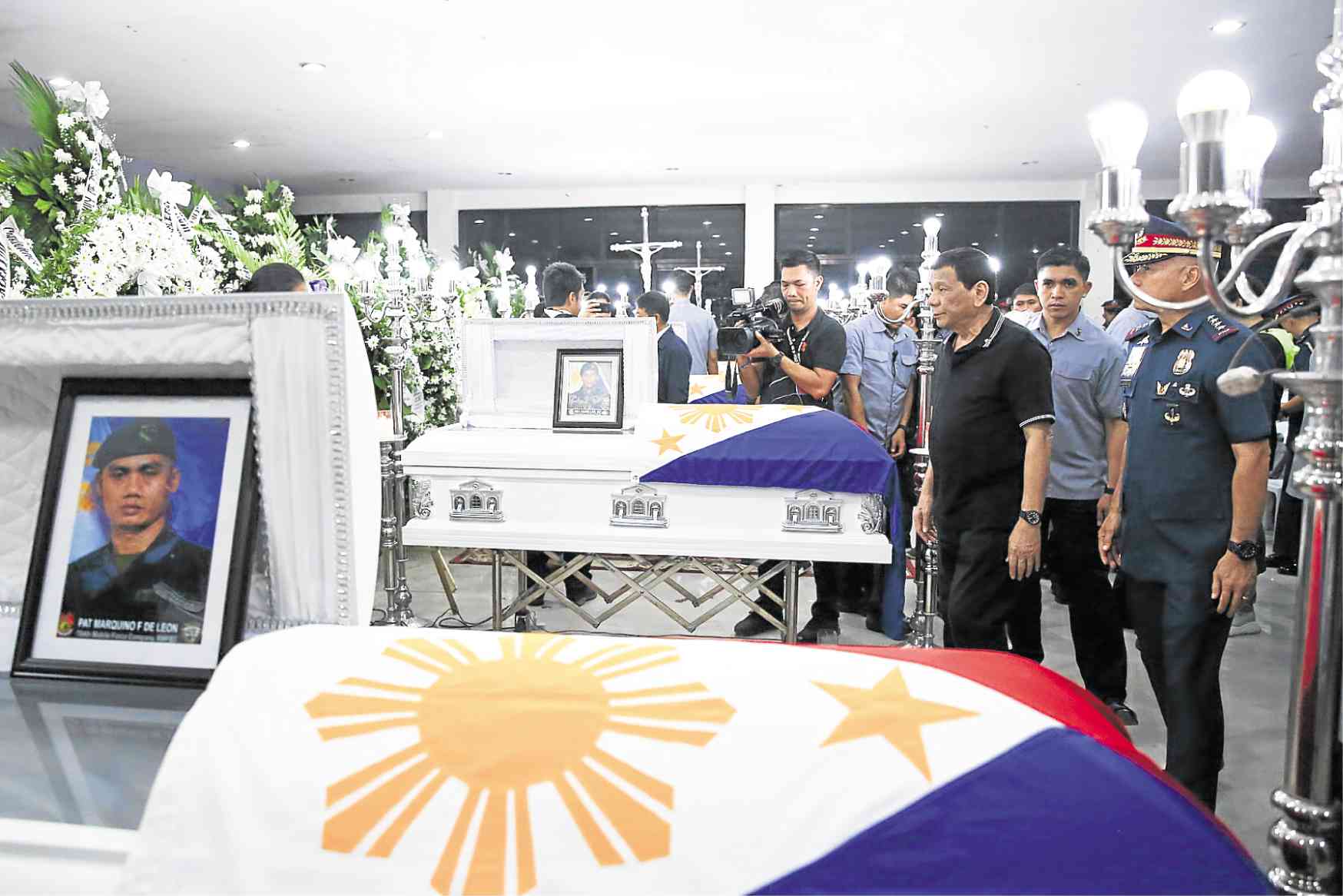 President Duterte has raised to P6 million the reward for the capture of the killers of four policemen in an ambush in Negros Oriental province on July 18.

“So at this time, it is P6 million … Whoever arrests them, that’s P6 million. If you bring the head in front of me, place the head in dry ice. Show it to me and the media,” Mr. Duterte told newly promoted police generals in Malacañang on Thursday.

The announcement came days after two suspects in the murders were arrested. The President had blamed the communist rebels for the ambush in Ayungon, Negros Oriental.

In his State of the Nation Address on July 22, Mr. Duterte announced a P1.3-million reward for the capture of the killers. He later raised it to P5 million.

The four policemen were intelligence officers of the Regional Mobile Force Battalion. They were verifying intelligence reports that communist rebels were in Ayungon.

Mr. Duterte said he would add P500,000 “if the head of the perpetrators is presented to me.” —JULIE M. AURELIO