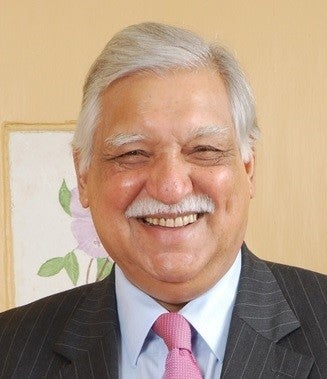 The call for more responsible leadership is an international emergency, according to a core group of thought leaders from around the world.

Convenors of the “Future of Power” (FOP) dialogues say “repeated breakdowns of systems” spark and fuel turbulent times. The dialogues gather together  “influencers” in various sectors for open, focused and purposeful discussions.

The first such gathering in Asia is being held Friday, August 9, at the Makati Shangri-la, with over 50 participants from government and private groups, including law enforcement, social services, the arts, the legal profession, and mass media.

Awarded African industrialist Nizar Juma, head of the FOP advisory board, is hosting the Manila forum with Brahma Kumaris Philippines.

“The aim of FOP is to get current leaders to share individual strategies as responsible trustees of power, and then cultivate collective approaches,” Juma said during one of 65 such dialogues held previously in India, Nepal, Australia, and the United States.

Juma is chairman of the board for over 70 corporations in Africa and also chairs some of the boards of the Aga Khan Fund for Economic Development, a Swiss for-profit group with investments in East Africa, West Africa, Central Asia, and South Asia.

He sees FOP as a call to action, with participants since the first one in 2009 pledging to raise the bar of leadership in their positions.

As a prominent business figure in his country, Juma partnered with like-minded colleagues in the United Nations Global Compact to initiate the “Blue Company” project in 2017.

Corruption-free African companies that adopt best sustainable practices in day-to-day operations apply for “Blue Company” certification. The goal is to create an atmosphere of ethical standards among member companies, of which there are 250 at the last count.

“The response was rapid and enthusiastic,” said Juma. “We intend to introduce the project to other countries soon, starting with India and South America.”