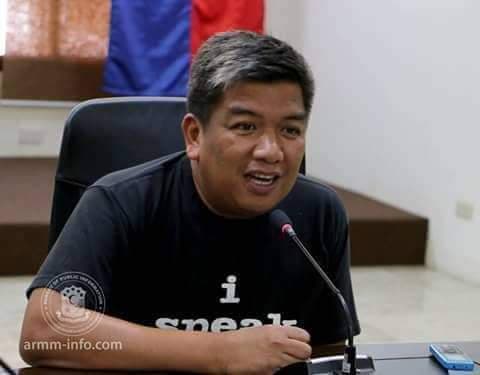 MANILA, Philippines — Basilan Rep. Mujiv Hataman is seeking an investigation into the deaths of three military assets during a joint police operation in the town of Hadji Muhammad Ajul in his province, which appeared to have no coordination with senior officials of the armed forces.

“In a way, the three were ambassadors or agents for peace. And they were killed in what appeared as an uncoordinated operation in my province, without the knowledge of the senior military officials in the area,” Hataman, the former Governor of the Autonomous Region in Muslim Mindanao, lamented.

The lawmaker said this incident was a “big blow” to the government’s confidence-building and security campaign in the region and across the country.

Hataman said his House Resolution No. 210 seeks to ascertain if there was a breakdown in coordination between the police and military agencies, with the goal of instituting legislative measures, if needed, to prevent such occurrences in the future.

“Hindi pwedeng seek and destroy ang mentality ng civilian law enforcement agencies like PNP at NBI. Kailangan nilang alamin kung sino ang kalaban at sino ang hindi. They should have investigated and coordinated properly. It is a tragic loss that is both unnecessary and preventable,” he explained.

On Friday, August 2, a composite team of the Philippine National Police’s (PNP) 84th Seaborne Special Action Force and the National Bureau of Investigation raided the house of a certain Aljan Mande in Sitio Kasanyangan, Barangay Candiis in Hadji Muhammad Ajul.

The raid resulted in the killing of Aljan Mande, Jamsid Mande, and Radjak Ammah. All three were part of the Program Against Violent Extremism that Hataman, as ARMM Governor, instituted to fight terrorism and extremism.

PNP chief Gen. Oscar Albayalde earlier denied that there were irregularities in the operation. /je

READ: PNP says nothing irregular in ‘uncoordinated’ raid in Basilan