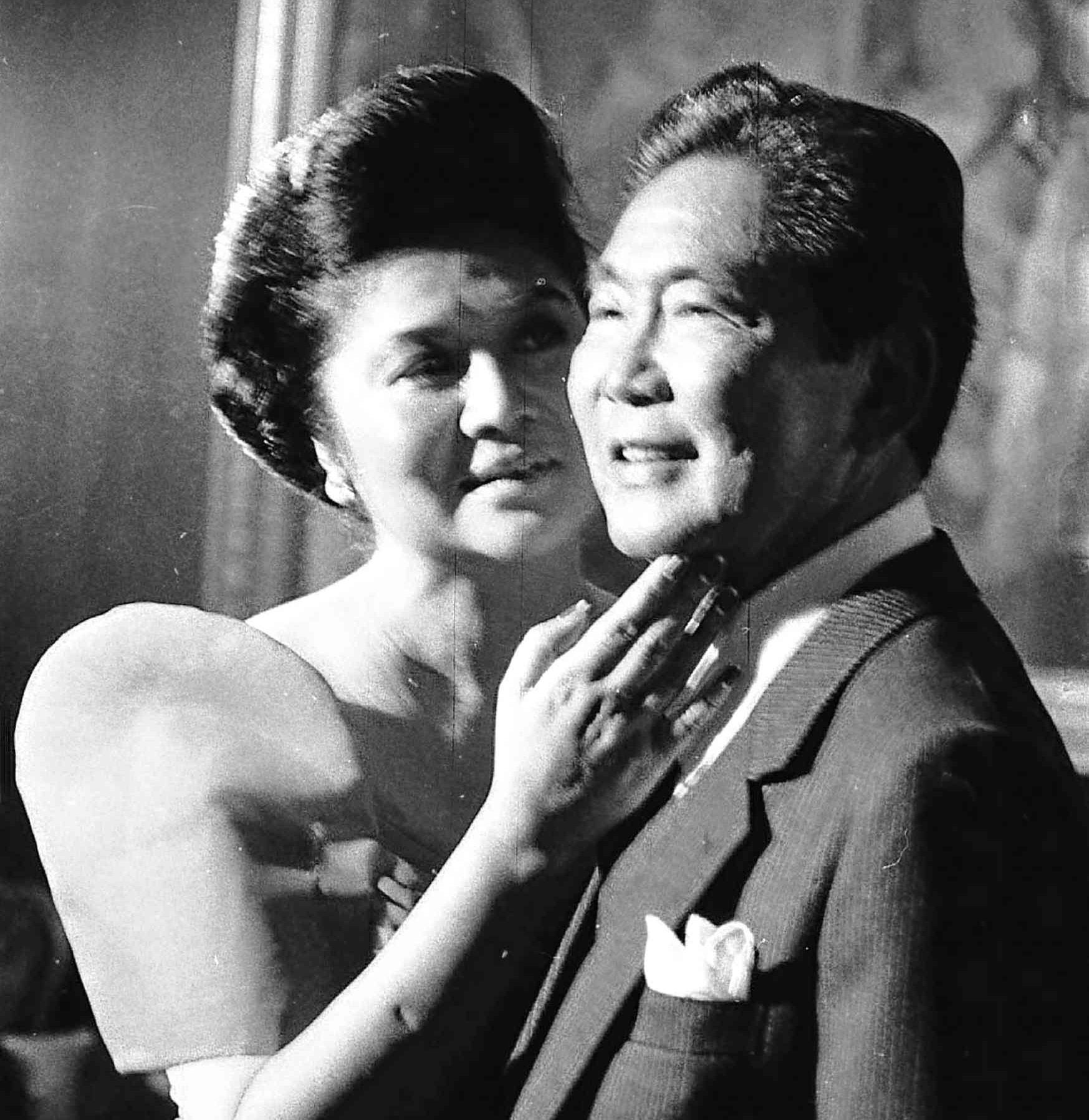 CASE DISMISSED The Sandiganbayan’s Second Division threw out a P102-billion forfeiture case against dictator Ferdinand Marcos and his widow, Imelda, and chastised the Presidential Commission on Good Government for presenting mere photocopies of crucial documents as evidence to prove that the couple deposited “purloined funds” to their overseas bank accounts. —INQUIRER FILE PHOTO

MANILA, Philippines — The Sandiganbayan’s Second Division has dismissed a P102-billion forfeiture case filed 32 years ago against the family of dictator Ferdinand Marcos and their cronies due to missing original copies of key documentary evidence.

The antigraft court said the Presidential Commission on Good Government (PCGG), the agency in charge of recovering the dictator’s ill-gotten wealth and the plaintiff in the case, failed to prove its allegations that officials of Development Bank of the Philippines (DBP), acting on orders of the Marcoses, extended loans to various shipping companies held by Marcos cronies.

“Plaintiff miserably failed to adduce evidence to hold defendants Ferdinand E. Marcos and Imelda R. Marcos liable. It saddens the court that it took more than 30 years before this case is submitted for decision and yet, the prosecution failed to present sufficient evidence to sustain any of the causes of action,” read the 67-page decision.

The court’s Aug. 5 ruling on Civil Case No. 0034 was made public on Wednesday. It was written by Associate Justice Lorifel L. Pahimna, with the concurrence of Associate Justices Oscar C. Herrera Jr. and Michael Frederick L. Musngi.

The original complaint filed by the PCGG on July 31, 1987, alleged that businessman and Marcos crony Roberto S. Benedicto took advantage of his connections to the dictator and his wife in order to obtain hundreds of millions of pesos in loans and guarantees for several of his companies.

Benedicto and the other accused also allegedly appropriated revenue derived from the operations of RPN 9, IBC 13 and BBC 2 for their own benefit and “unjust enrichment.”

The PCGG said the Marcos couple allowed their cronies to hold and launder “purloined funds” for and in their behalf prior to remittance and credit to their overseas or foreign bank accounts. They also participated in the establishment of California Overseas Bank, it said.

But in November 1990, or 10 years before his death, Benedicto entered into a compromise agreement with the PCGG that granted him, members of his family, officers and employees of his corporations absolute immunity from suit in exchange for ceding various properties to the government, including radio and television companies, real estate assets, and shares in various corporations worth a total of P3.251 billion.

Citing the agreement, the administrator of Benedicto’s estate said the PCGG had agreed to withdraw its cases against the late Marcos crony in exchange for the full takeover of California Overseas Bank, shares in Oriental Petroleum and the management of the Broadcast City facility.

In dismissing the case, the antigraft court said there was not enough evidence to hold the Marcoses liable since the PCGG only provided photocopies of several documents that could have connected the Marcos couple to the ill-gotten wealth, including photocopies of Resolution No. 2125 by the Board of Governors of DBP approving a foreign loan of $32.7 million in favor of the Ecija, Fuga, Aklan, and Coron bulk carriers on July 26, 1978.

Likewise, documents that supposedly proved Marcos had used California Overseas Bank as a conduit were mere photocopies whose authenticity could not be guaranteed.

The articles of incorporation of California Overseas Bank, its bylaws, letter dated June 10, 1996, of the superintendent of banks, State of California, and approval to acquire dated June 9, 1996, also could not be authenticated.

The Sandiganbayan chastised the PCGG for presenting weak evidence.

“In civil cases, the party making allegations has the burden of proving them by a preponderance of evidence. In addition, the parties must rely on the strength of their own evidence, not upon the weakness of the defense offered by their opponent,” the court said. —With a report from Inquirer Research