‘I don’t like it, but it happens’ – Pimentel on party switching 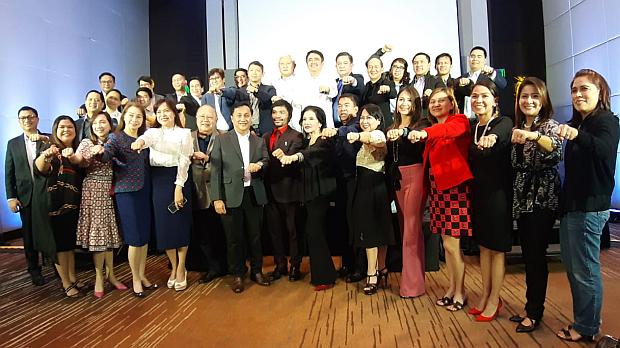 MANILA, Philippines — Sen. Aquilino “Koko” Pimentel III may not like the idea of party switching, but he also accepts that commonly happens in the political sphere in the Philippines.

“I do not encourage it and I don’t like it, but these things happen in the Philippines,” Pimentel told reporters on Wednesday during a victory party thrown by Partido Demokratiko Pilipino-Lakas ng Bayan (PDP-Laban) for Sen. Manny Pacquiao, who recently defeated American boxer Keith Thurman.

“That’s why it’s important to strengthen party politics in this country so that there will be discipline,” he added, speaking in Filipino.

Pimentel, who is PDP-Laban president, also confirmed that 12 members of his party— not 30 as stated in earlier reports — had already transferred to the National Unity Party (NUP).

Asked if party switching, which happened after the May midterm election, was normal, Pimentel said: “I don’t know. I disagree with party switching. I have never done that since the 1980s. Even before I got into politics, I was already PDP-Laban – until the end of my political career.”

Pimentel said, however, that he was confident that PDP-Laban would remain as the ruling party, even with the transfer of some of its members to the NUP.

A “ruling party,” he pointed out, is not necessarily the “biggest party.”

“That’s numbers game. If there are more of them, then they would be the biggest party,” he said, speaking partly in Filipino. “What ruling party means here in our country is that’s the party to which the president belongs. So even if there are more of them, they can’t be the ruling party unless they are able to recruit the president. So they’re only the biggest party.”

At the Pacquiao victory party, only 45 PDP-Laban House representatives and four senators confirmed their attendance, according to Pimentel.

This means only a little over two-thirds of the 82 party members confirmed their attendance.

But Pimentel said: “Attendance and absence have no implication. This is just a celebration.”

Among those who attended the victory party were neophyte Senators Francis Tolentino and Ronald “Bato” dela Rosa.

READ: Amid reports some of its members jumping ship, PDP-Laban holds victory party for Pacquiao

Read Next
Woman’s body found in river in Mindoro town
EDITORS' PICK
A gem of a residence in the new normal
Water remains our saving grace right now
Health workers from other regions eyed as ‘substitute’ for NCR frontliners
Smart 5G goes live
PNP: Checkpoints back in MECQ areas
MECQ guidelines in infographics
MOST READ
MECQ guidelines in infographics
MECQ in NCR, other areas: Mass transportation suspended, quarantine pass required anew
Doctors group to Duterte: ‘There was never a call for a revolt’
Want higher pay? Join the police force, Duterte tells nurses
Don't miss out on the latest news and information.