A man from Cornwall, United Kingdom, is no longer able to fly out of his country due to his surname being deemed “too rude” to be on a passport.

The 33-year-old man, Kenny Kennard, changed his surname to ‘Fu-Kennard’ as a joke years ago, as per the Mirror last Monday, Aug. 5. 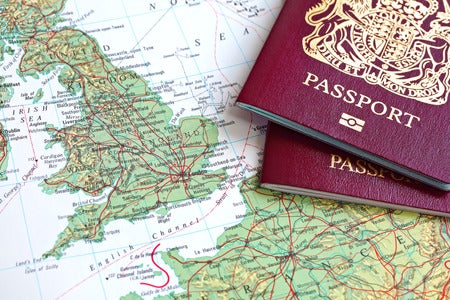 Despite successfully applying for a driver’s license with his new name, his request to renew his passport has been denied. The U.K.’s Home Office claims that his surname “may cause offense.”

The government office rejected his application three times this year, as per report, citing its policy on changing names.

The guidelines list a series of “names that may cause outrage or offense” and that could be classified as “unacceptable” and not fit for a passport.

It includes “the use of swear words; sexually explicit references; inappropriate religious connotation; is vulgar, offensive, or libelous to an individual; makes use of a name of a person living or dead which may cause public concern.”

“This applies to phonetic, as well as actual use of words comprising of part or the entire name,” the policy also stated.

Kenner was told that if he wants to take the matter further, he needed to raise it to his local Member of Parliament (MP), as per report.

He reached out to his local MP Scoot Mann, but to no avail. Mann echoed the government office’s decision, stating that they were within their “remit to refuse” the request for a passport under the name Kennard chose.

Despite the denial of his requests, the government office had kept the £94.75 ($115 or P6,000) application fee “to cover the costs of administration.”

His application will only push through if he changes his name, which he believes is a restriction on his freedom. Ryan Arcadio/JB

Man buys town, renames it ‘Gay Hell’ in response to Trump admin’s ban on pride flags in US embassies