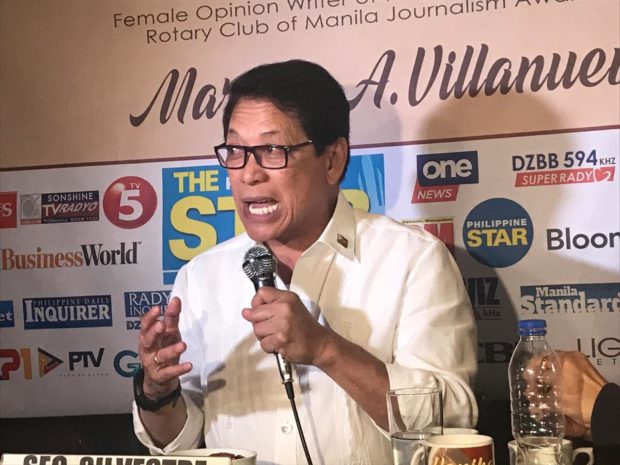 MANILA, Philippines — The Department of Labor and Employment (DOLE) has been crafting a reconsolidated version of a bill seeking to end illegal labor contractualization, even including a provision that will give “bigger” authority to the agency.

According to Bello, they would incorporate provisions in its proposal that will not only “give the DOLE bigger responsibilities but also bigger authority.”

“Under the present legislation or laws, wala kaming power to prosecute. We do not even have the power to suspend the operation [of a company], kaya kung minsan mag-issue kami ng compliance order, binabalewala kami,” he said.

Bello also explained that DOLE’s proposal will provide the agency “power to prosecute [and] power to close or at the very least suspend the operation of the non-compliant company.”

He added that determining a company’s “core function or activity” will be left to the study of the labor secretary, in consultation with a tripartite body composed of workers, employers, and DOLE.

Bello likewise noted that under the bill, an employer cannot outsource a service that is related to the principal business of the employer, or what he called as the company’s “core function or activity.”

“Ang proposal namin, it should be the Secretary of Labor who will decide what is directly related [to the principal business of the employer],” he said.

He added that once a labor secretary determines a company’s “core function,” it could not be overturned by an employer.

The DOLE chief said they are eyeing to submit their proposal to the Legislative-Executive Development Advisory Council (Ledac) within August.

He said he will be meeting with the Department of Trade and Industry as well as various labor groups next week to consult them on DOLE’s proposal for a new SOT bill. /kga