Man, 70, accidentally circumcised, given over P1.2M as compensation

A man was accidentally circumcised after nurses at the Leicester Royal Infirmary mixed up their notes. 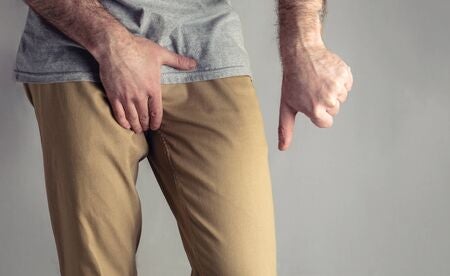 “I went in the surgery for some Botox and they ended up circumcising me,” he told the Daily Star last Monday, Aug. 5. He described it as “a real surprise.”

Brazier was scheduled to get a cystoscopy, an operation involving the injection of Botox into the bladder wall to help control incontinence. He said he was too busy talking with the nurse that he did not realize he was receiving a whole different procedure instead.

“They didn’t know what to say when they found out they’d done it,” Brazier was quoted as saying. “They said they can’t send me back to the ward and they needed to talk to me.”

Andrew Furlong, the medical director at University Hospitals of Leicester, said: “We remain deeply and genuinely sorry that this mistake occurred, and I would like to take this opportunity to once again apologise to Mr Brazier.”  Ryan Arcadio /ra