A man is facing six months in jail for sending a penis-shaped chocolate bar to a male employee of a sheriff’s office in Texas, United States.

Thomas Roy Gourneau’s trouble with the law began when he sent the candy bar to Tracy Chance in December 2017, as per the Waco Tribune-Herald last Monday, July 29. 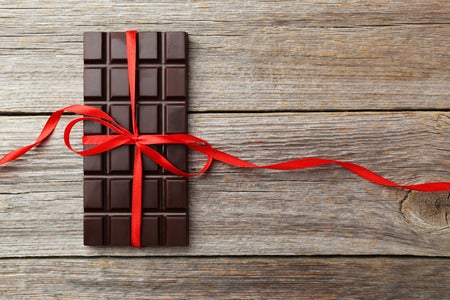 Gourneau anonymously sent it to Chance, who works at the McLennan County Sheriff’s Office, as a prank, but the recipient did not take the gesture lightly. Chance responded by having a detective investigate who sent the package. The investigation revealed that Gourneau was behind the delivery.

The detective in charge of the investigation later obtained an arrest warrant in August 2018 charging Gourneau of misdemeanor harassment. Gourneau was jailed in December of the same year. He was released after posting bail of $2,500 (almost P130,000).

McLennan County Sheriff’s Chief Deputy David Kilcrease disagreed with the lawyer’s statement. He stressed that the prank was harassment and authorities were treating it as such.

Kilcrease later revealed the case was not only pursued due to the candy bar. He stated that Gourneau dated Chance’s ex-wife, and the men have a history of animosity between them. This also included troubling emails from Gourneau.

The two men will be facing each other in court, after Gourneau refused a plea deal from Chance and his lawyer, as per report.

Gourneau also faces fines of $2,000 (around P103,000) aside from six months in jail if he is declared guilty. Ryan Arcadio/JB

Read Next
Zubiri: Security of tenure bill not in list of Duterte admin’s priority measures
EDITORS' PICK
As vaccine injection rate rises in PH, questions linger on how long it would take to reach herd immunity
Re-imagining EdTech and the classroom in a post-pandemic era
A Spanish Celebracion with Crimson Mactan’s ‘Enye at Home’
CopperMask Philippines shows support for Miss Universe Philippines 2020 Rabiya Mateo
Palace doesn’t see tension in WPS, only Duterte haters incite it
Retired military, police execs call for unity vs China aggression
MOST READ
Mexico wins Miss Universe title but Myanmar steals show
‘Check your facts:’ Trillanes disputes Enrile claims on 2012 back-channel talks with China
Pangilinan on China’s threat if PH digs oil in WPS: Why should we be scared?
Duterte says China’s Xi warned ‘there’ll be trouble’ if PH digs oil in WPS
Don't miss out on the latest news and information.