MANILA, Philippines  – The Olongapo City Regional Trial Court has issued a hold departure order (HDO) against businessman Dennis Sytin, who is facing murder and frustrated murder charges for the killing of his older brother, Dominic and the wounding of the latter’s bodyguard, Efren Espartero.

In a two-page order issued by Presiding Judge Richard A. Paradeza, the HDO will cover the younger Sytin and Oliver Fuentes, alias Ryan Rementilla.

“Acting on the motion for the issuance of a hold departure order filed by the prosecution and finding the reason stated therein to be well taken, the said motion is hereby granted. As prayed for, the Commissioner of the Bureau of Immigration, Manila is hereby directed to hold the departure of the following:  Oliver Fuentes alias Ryan Rementilla and Alan Dennis Sytin,” Paradeza said.

Last month, Paradeza ordered the arrest of Sytin and Fuentes.

Sytin was implicated in the case because of the confession of the alleged gunman, Edgardo Luib.

Dominic was shot dead outside a hotel in the Subic freeport in November last year. /gsg 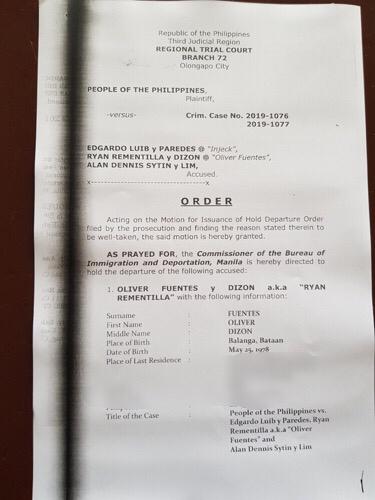 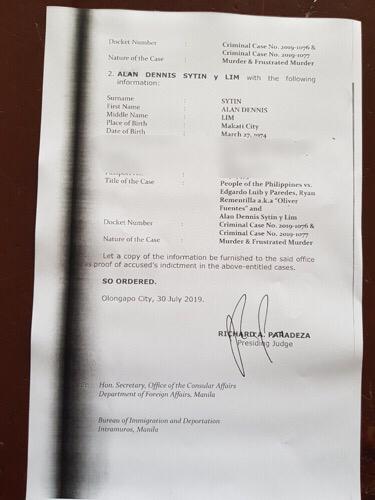