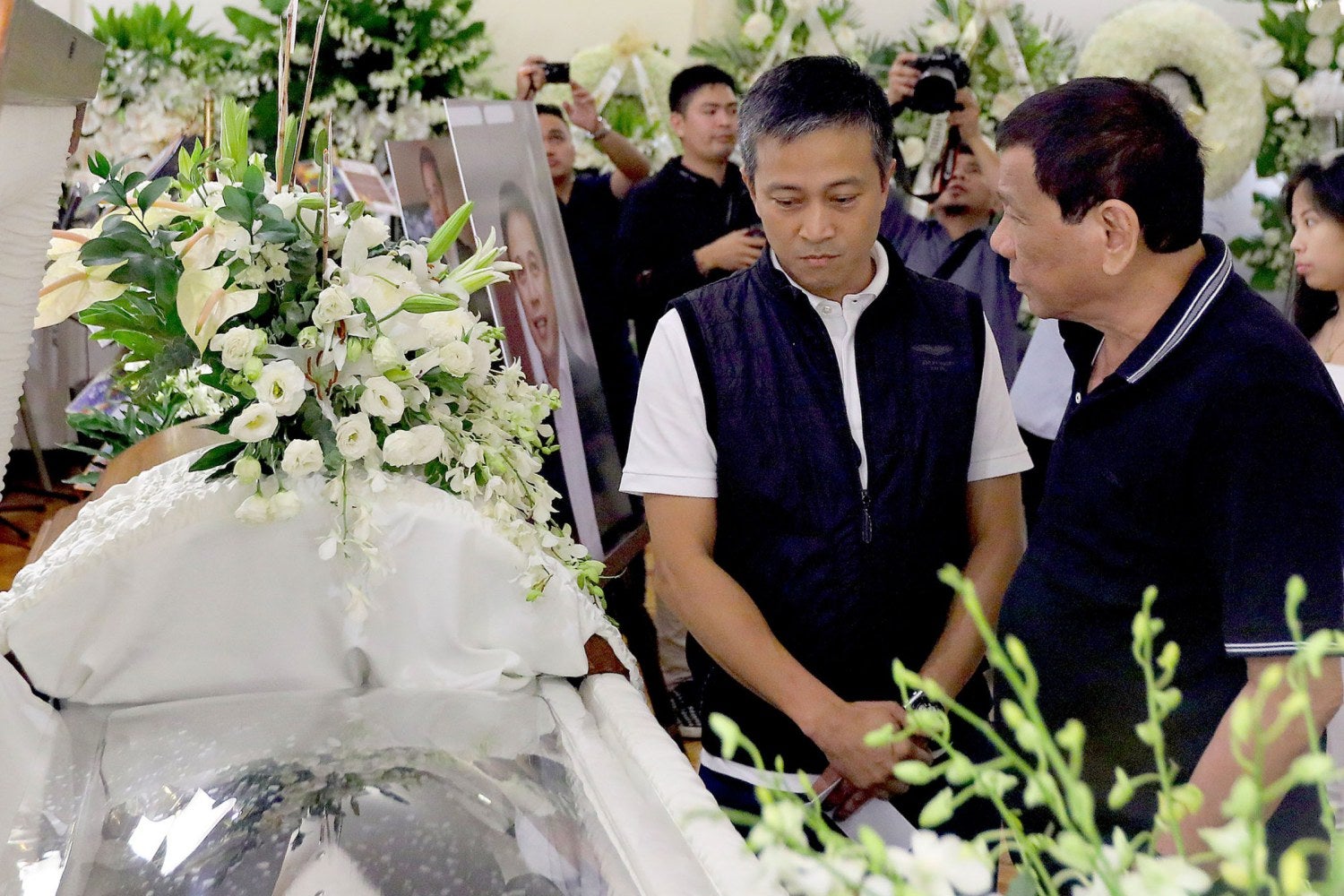 President Rodrigo Roa Duterte pays his last respects to Dominic Sytin, during his visit at the wake of the late businessman and philantropist at the Heritage Memorial Park in Taguig City on December 2, 2018. Also in the photo is the late businessman’s brother Rommel. VALERIE ESCALERA/PRESIDENTIAL PHOTO

Duterte condoled with the family of Sytin during his visit at the Heritage Memorial Park on December 2.

A gunman shot and killed Sytin outside the Lighthouse Hotel in Subic on November 28.

Sytin was the founder and chief executive officer of United Auctioneers Inc., an industrial auction company based in Subic. He was also a part owner of the ACEA Subic Bay resort. 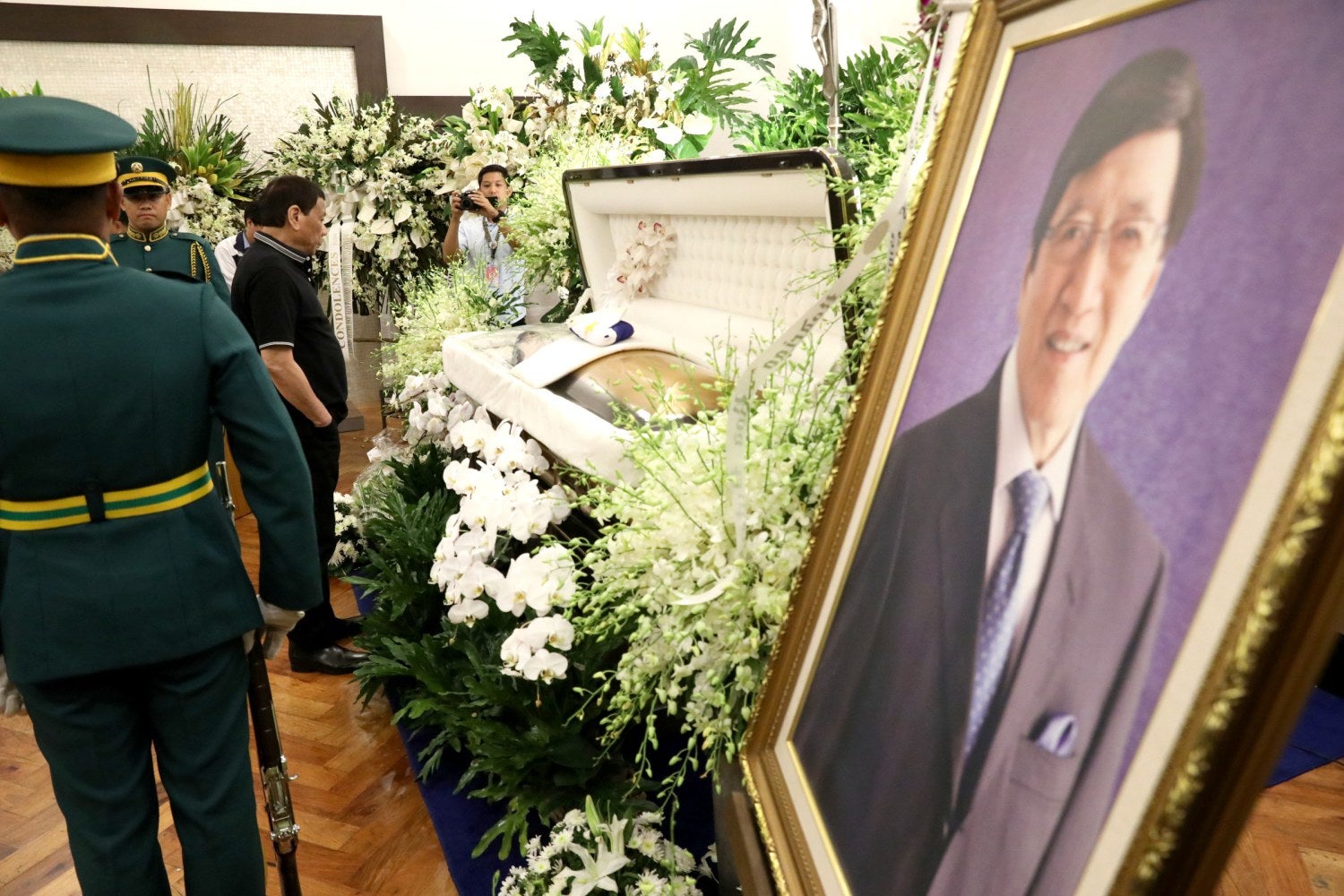 President Rodrigo Roa Duterte pays his last respects to Metrobank Founding Chairman, George Ty, during his visit at the wake of the late business tycoon at the Heritage Memorial Park in Taguig City on December 2, 2018. ROBINSON NIÑAL JR./PRESIDENTIAL PHOTO

Malacañang released to the media information on Duterte’s visit to the wake of the two businessmen on Monday. /kga