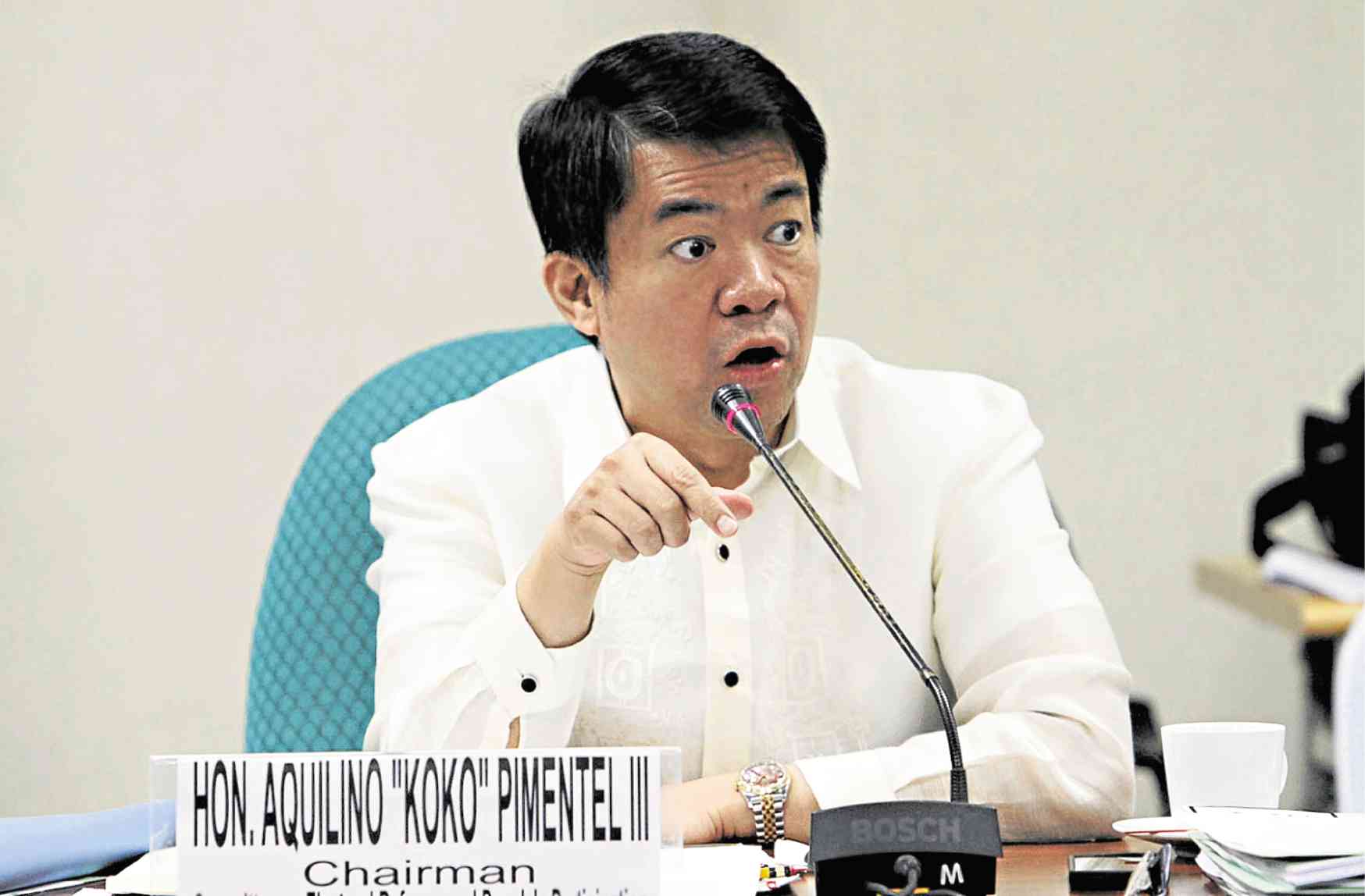 Senator Aquilino “Koko” Pimentel III on Monday said he is keeping an open mind to the recommendation of the Armed Forces of the Philippines (AFP) to extend martial law in Mindanao, but added that senators should be briefed for its justification.

Pimentel was reacting to reports that AFP will recommend the extension of martial law in Mindanao for at least another year.

“Dapat kung mayroon mang request for extension, there should be a briefing at bakit justified pa even after one year and seven months, ‘diba?” Pimentel told reporters in a press briefing.

READ: AFP to recommend extension of martial law in Mindanao

“From the point of view of the legislator who will give his consent, kailangan pong i-briefing naman kami to go over the justification,” he added.

The senator shared that the he has not been hearing “violent or vehement objection” against martial law from his fellow Mindanaoans.

He, however, said he will base his decision on the report of the AFP as to the extension of martial law, saying that the reason behind it should be justified.

“I will base my decision on the report. Constitutional kasi ‘yung approach ko, diba? There must be that basic condition on the ground lawless violence, invasion, rebellion, plus the safety requires it,” he said. /je