MANILA, Philippines – Senate President  Vicente Sotto III on Wednesday said invoking religion and the name of  Jesus in the discussions on the proposed reimposition of the death penalty must be stopped. 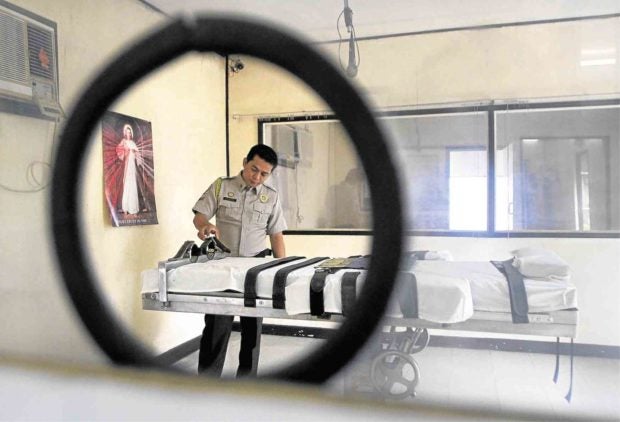 “The Bible is a good source of insights. But trying to change the story of Redemption is not fairish,” he added.

Sotto issued the appeal after Senate debates on the bill got off the wraps on Tuesday.

Senator Manny Pacquiao opened the deliberations on the floor when he delivered a privilege speech, urging the Committee on Justice to prioritize the hearings on the issue.

“Mr. President, I firmly believe that the government has been given the authority to rule over our people. As a Christian, I subscribe to what the Bible says about submission to governing authorities,” he said.

“Mr. President, I can cite Bible verses to support my stand, but let me make this very clear: The focus of our debate on the reimposition of the death penalty should be on the basis of its constitutionality,” he added.

It was Senate Minority Leader Franklin Drilon, however, who mentioned the name of Jesus  Christ when he interpellated Pacquiao.

“But all of us are fallible, we can commit mistakes,”  Drilon said.

“In fact, in the history of man, only one can claim infallibility? Would the gentleman know that man?”

“And yet Jesus Christ was a victim of wrongful execution…” /gsg