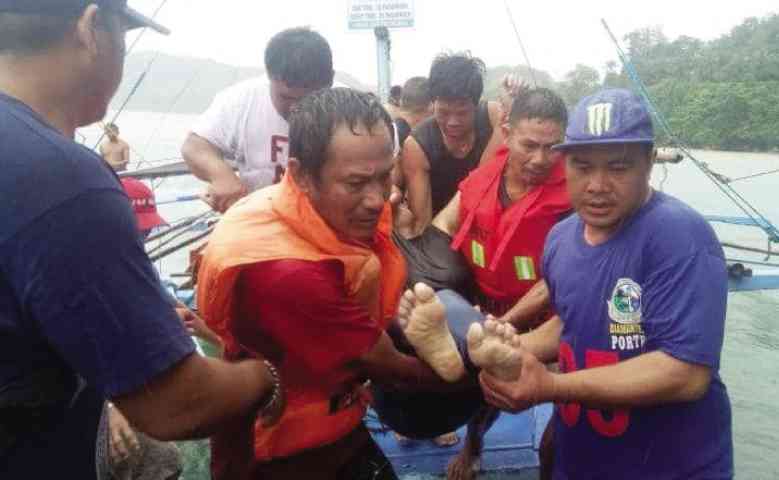 SEA TRAGEDY Fishermen carry the body of a passenger, one of at least 31 who died after their motorboats capsized in the waters between Iloilo City and Guimaras Island during stormy weather on Saturday afternoon. —AFP/PHILIPPINE COAST GUARD

MANILA, Philippines — Maritime investigators have already been dispatched to the area where three motorboats capsized due to strong winds and big waves off the coast of Iloilo and Guimaras over the weekend, the Philippine Coast Guard (PCG) said.

According to Balilo, the maritime investigators were deployed Sunday afternoon.

He then reminded the public to exercise caution in the midst of the inclement weather.