Bishop David: I am a shepherd, not a politician or rebel | Inquirer News
Close
menu
search

Bishop David: I am a shepherd, not a politician or rebel 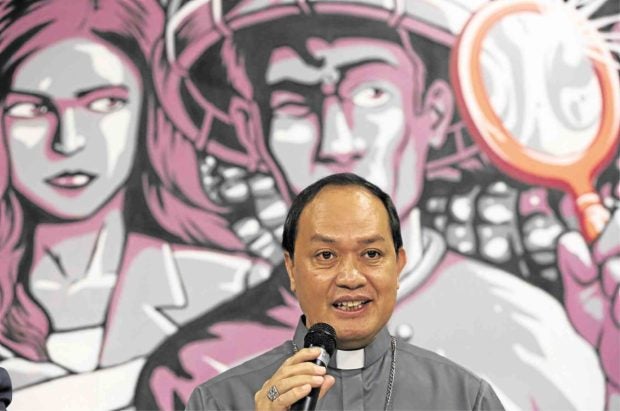 MANILA, Philippines — Amid the filing of sedition cases against him and other clergymen, Caloocan Bishop Pablo Virgilio David reiterated once again that he was “a bishop and a shepherd” who respected the democratically elected government, adding that he was “not a politician or a rebel.”

“We respect the democracy in our country and the mandate of our authorities. We hope they also respect the ‘rule of law’ that is the foundation of the democracy that gave them the opportunity to serve as government officials,” David said in a Facebook post on Saturday morning.

According to him, the Diocese of Caloocan has, in fact, supported the government’s programs, from education to environmental protection projects, to malnutrition mitigation and even community-based drug rehabilitation programs.

“Even in our pastoral response on the war on drugs, when we appeal to ‘stop the killing, start the healing,’ we do not oppose the government’s campaign to stop criminality, especially the illegal drug trade. Our plea is for the law to be upheld, for human rights and dignity to be respected, for lives to be preserved, and for the sick and victims to be given aid,” David said.

Jail the pusher, save the user

The vice president of the Catholic Bishops’ Conference of the Philippines also took note of the slogan “Jail the pusher, save the user,” saying that criminals should be held responsible for their deeds.

They should be tried in a court of law and jailed if necessary, but they should not be killed.

Criminals have families as well, said David. If they die, their loved ones would go hungry.

“Yes, drug peddling is a crime, but we should treat addicts as sick people, not as criminals. They are going through mental health issues. They need rehabilitation, not jail. They do not need judgment, but care and understanding so they can change,” he stressed.

The police recently filed sedition charges against 36 individuals, including David and several clergymen, over “The Real Narcolist” videos supposedly made by Peter Joemel Advincula, alias “Bikoy,” in April.