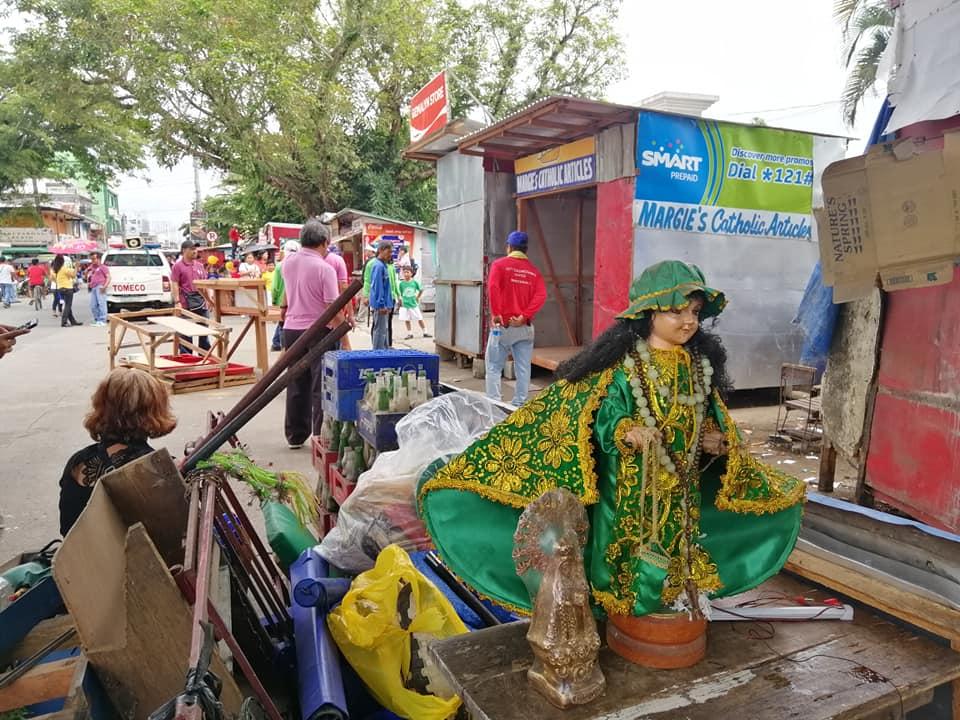 The Tacloban city government strictly follows the order of President Rodrigo Duterte to clear public streets from obstructions. The move, however, was met with resistance from the affected vendors saying they have no other place to sell their wares. INQUIRER PHOTO/JOEY GABIETA

TACLOBAN CITY –– Vendors in the city’s downtown area have opposed the clearing operations conducted by the mayor’s office here in pursuit of President Duterte’s order to clear public roads.

One of the vendors was Amanda, who appealed to the local government to provide them relocation sites.

“I have been in the streets selling newspapers for more than a decade now. That’s our source of income. Then, all of a sudden, they will remove us here without providing us an alternative place,” said the woman who requested anonymity.

Duterte earlier ordered mayors to reclaim all public roads that have been used for private purposes, otherwise, they will be suspended.

The administration of Mayor Alfred Romualdez has been carrying out Duterte’s orders, which affected hundreds of vendors occupying the city’s downtown streets.

On Thursday, Romualdez held an audience with the affected street vendors at the City Hall to explain to them why they have to carry out the clearing operations.

Romualdez said he was just following the order of the President or else he would be charged.

“We have to follow the law. If we will not enforce the law, we will be facing charges,” he said.

He added that even government-built structures like police outposts and barangay halls were removed during the clearing operations by personnel from the engineering and traffic offices.

Romualdez, however, promised the affected vendors that his office would find an alternative place for their business.

“Let’s help each other. Let’s find a place where vendors can stay,” he said.

“There are ways to solve the problem and it is up to local government units and their chief executives to be creative so that the vendors will have an alternative location to sell,” suggested Presidential Communications Operations Office Secretary Martin Andanar. /lzb