Retired police and military generals have cornered Small Town Lottery (STL) franchises from the Philippine Charity Sweepstakes Office (PCSO), and they are among those who have not been remitting the government’s share of the earnings, Sen. Panfilo Lacson said on Thursday.

Lacson, a former Philippine National Police chief, said the number of retired generals with franchises rose during the term of PCSO General Manager Alexander Balutan, himself a retired military officer.

President Duterte on Friday suspended the PCSO gaming operations, including  lotto and STL, citing massive corruption in the agency.

He lifted the suspension of  lotto operations on Tuesday, after investigators found no irregularities in its operation.

Malacañang, however, said an investigation of corruption in the PCSO would proceed.

Justice Secretary Menardo Guevarra said on Wednesday that the investigation would include former officials of the agency. 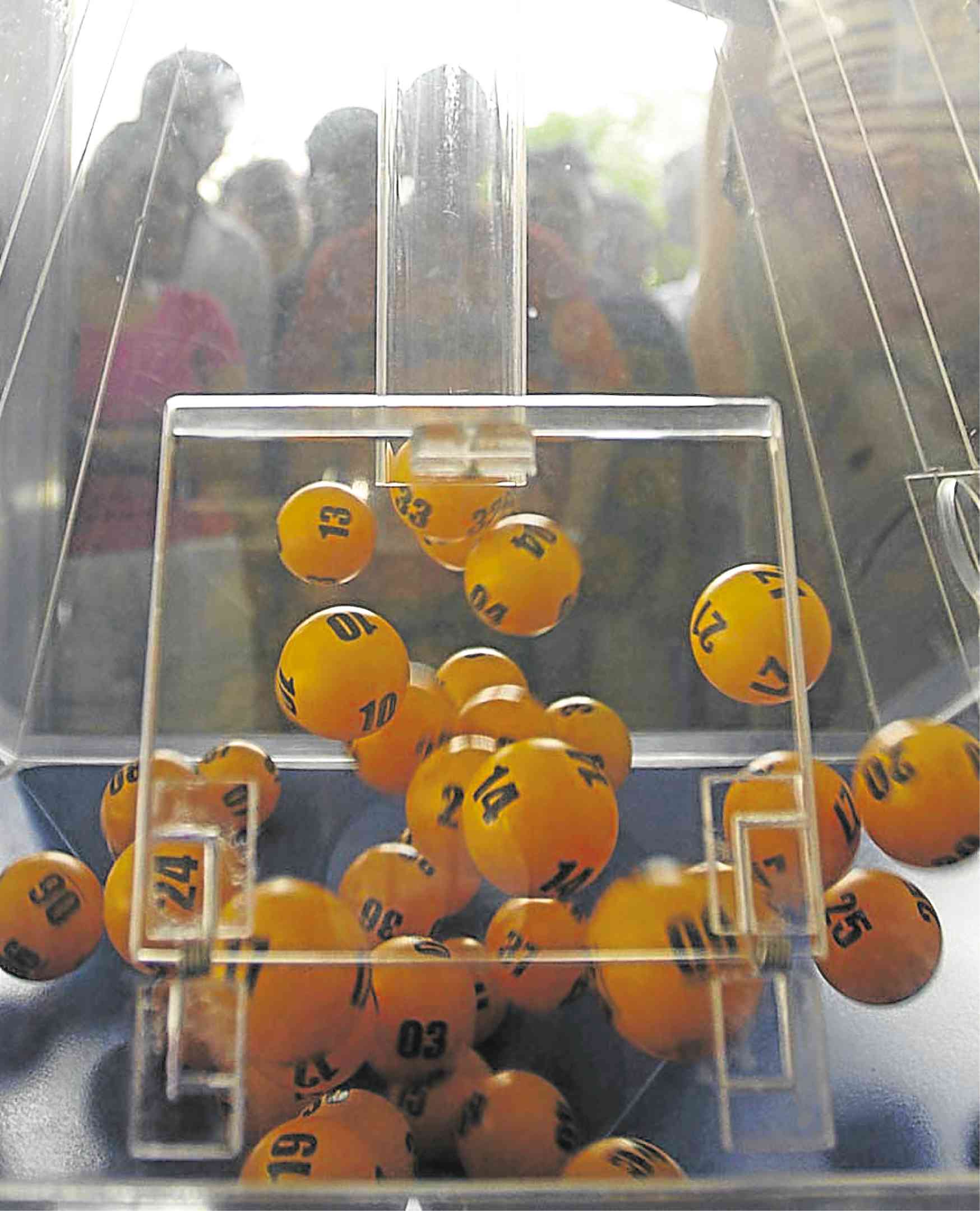 The President, according to the Palace, said at a closed-door event on Wednesday that he would soon identify 10 corrupt PCSO officials.

“That’s what he said. He did not elaborate on that. Let’s just wait for the announcement of the President,” presidential spokesperson Salvador Panelo told reporters on Thursday.

In the Senate, Lacson said he favored the scrapping of STL, which has been used as front for the illegal numbers game “jueteng.”

The termination of STL would remove a gray area and make it easier for law enforcers to arrest jueteng bet collectors, he said.

“No [jueteng operation] would masquerade as a legal operation of STL. They would have nowhere to hide. So for me this is better because if the government is being cheated massively, if it is being fooled brazenly, maybe we should remove STL,” Lacson told reporters.

He also said he had received information that the number of retired police and military officers who were able to get STL franchises increased during the time of Balutan.

Balutan was sacked in March due to corruption allegations.

Reached for comment, Balutan denied that the number of retired generals with STL franchises rose during his term.

If ever, he said, they were incorporators but not the authorized STL agents, who were selected after a careful process.

Balutan wondered why retired generals had to be singled out, saying there were STL operators who were lawyers, engineers, or belonged to other professions.

“For the record, the board terminated those [authorized STL agents] which cannot comply with the shortfall. However, they seek relief from the courts by [asking for temporary restraining orders] and injunctions,” he said. 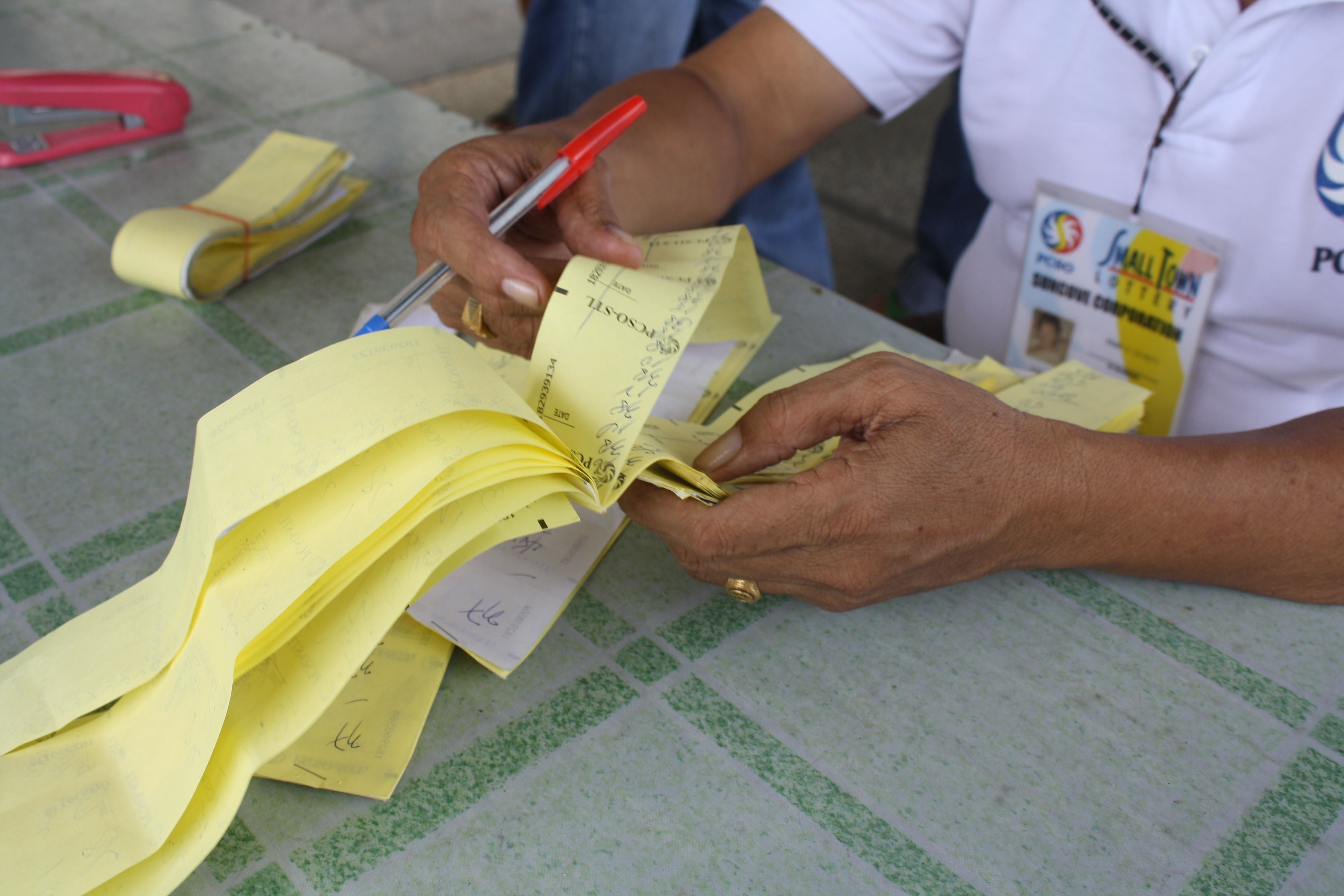 STL OR ‘JUETENG’? The authorized PCSO agent is supposed to be selling Small Town Lottery (STL) tickets, but players know they are plunking down theirmoney on jueteng, the illegal lottery that Sen. Panfilo Lacson believes can be stamped out if STL is scrapped. —TONETTE T. OREJAS

The PCSO cannot defy the law in cases like these, he said.

Balutan also said that during his term, the PCSO earned more than P25 billion in two years, a record for the agency.

Lacson declined to name the retired officers who had bagged STL franchises.

“Dummies’ names are used, but they are behind these,” he said.

Instead of using their knowledge of jueteng to help the government, he said, they did the opposite.

P72B a year in Luzon

“When you say a former police officer who has retired, he knows how jueteng is run. So they should have used their knowledge of jueteng operations to do good and help the government and the PCSO, but no. Instead of remitting the proper amount, they did not give it,” Lacson said.

Jueteng operators with STL franchises have done better, he said.

“In fact, the ones who were able to remit earnings were the jueteng operators who bagged STL franchises,” he added.

Lacson estimated that STL operators in Luzon were collecting P200 million a day, or P72 billion a year.

But the PCSO only gets P4 billion a year, he said.

Lacson also said that he had learned that what might have  angered President Duterte about the PCSO’s lottery operations was the failure to pay the winnings of an STL player.

He said the winner was not paid because the operator sold his franchise, but the new franchise holder refused to honor the old franchisee’s obligation to the winner.

“So you keep on placing bets on STL and yet you can’t get the prize. Maybe that’s what made [the President] angry,” he said.

The President learned about the winner’s predicament from the PCSO’s general manager, Royina Garma, during their meeting in the Palace on Friday.

Lacson said eliminating STL would be a challenge to law enforcers, who could be offered huge amounts to protect jueteng operations.

He recalled that when he was the provincial police director of Laguna in 1992, he was offered P1.2 million a month.

He turned down the offer, Lacson said.

The offer was later increased to P1.8 million, which he said he also rejected. —WITH A REPORT FROM JULIE M. AURELIO