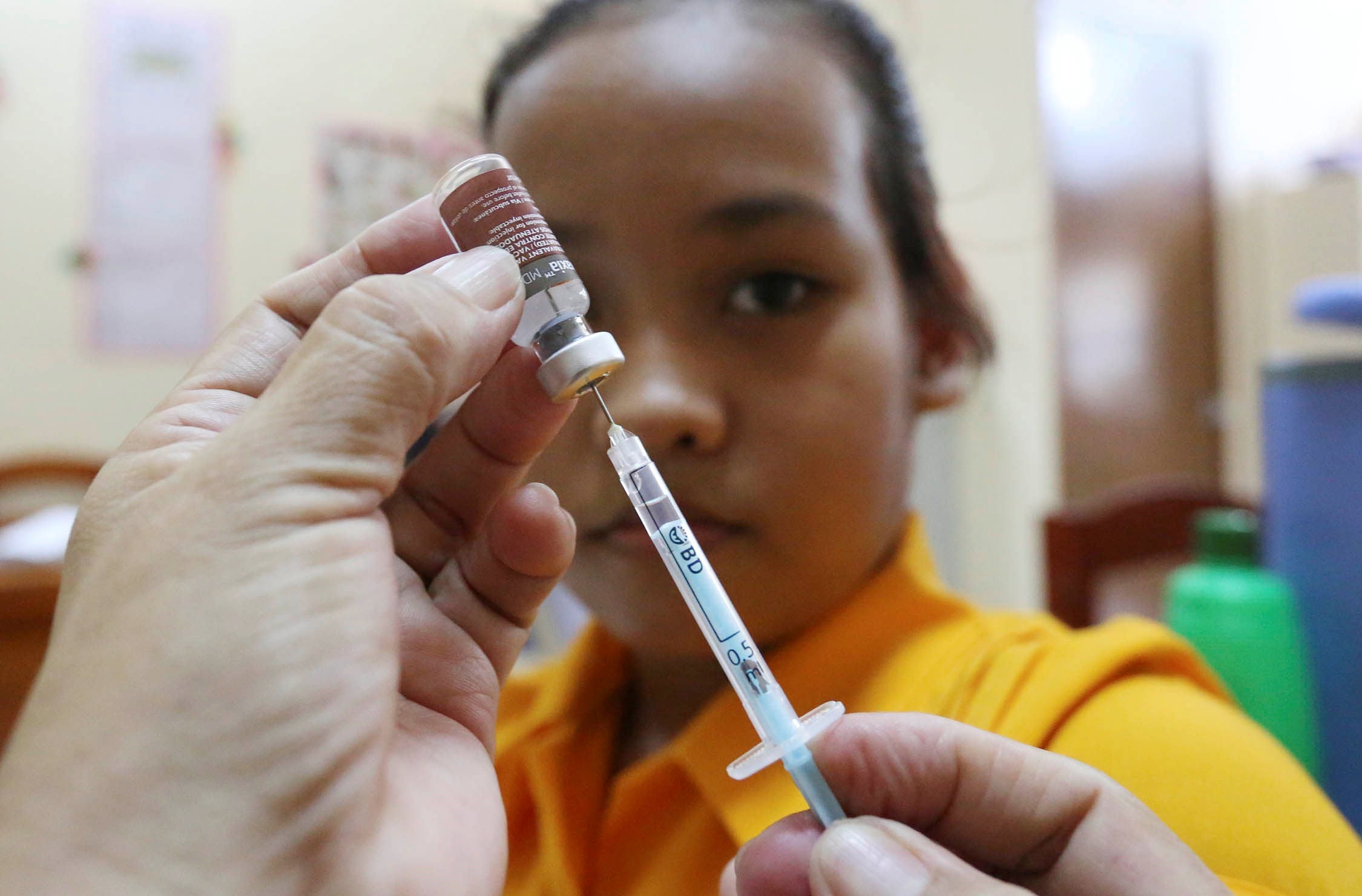 PRIVATE VACCINATION A group of doctors, scientists and health professionals said the government should lift the ban on Dengvaxia to allow private vaccination to help stop the rising number of dengue cases nationwide. The Doctors for Truth and Public Welfare on Thursday said the vaccine need not be included in the government’s vaccination program but should be made available to the general public. —MARIANNE BERMUDEZ

A group of doctors, scientists and health professionals on Thursday urged the government to lift the ban on the controversial Dengvaxia vaccine and allow its limited private use.

The statement by the Doctors for Truth and Public Welfare (DTPW) came a day after presidential spokesperson Salvador Panelo said the Duterte administration was open to resuming the use of the vaccine amid an overwhelming number of dengue cases and more than 500 deaths due to the mosquito-borne virus.

“The Philippines has the highest incidence and death rate from dengue in this part of the world. Yet it is the only country in the world that has banned it,” said Dr. Minguita Padilla, DTPW coconvener.

The group is led by former Health Secretary Esperanza Cabral and includes physicians, scientists, educators, former secretaries of health, and past and present heads of various professional medical associations and nongovernmental organizations.

“The vaccine need not be included in the Expanded Program of Immunization (EPI) of the government so that [the] government need not spend for it. But at least make it available to physicians to offer for the millions of patients who can benefit from it,” Padilla said.

The vaccine was banned in late 2017 after its manufacturer, the French pharmaceutical giant Sanofi Pasteur, disclosed that Dengvaxia could cause severe dengue in patients with no prior exposure to the virus.

By that time, more than 800,000  public school children had already been innoculated with Dengvaxia through the P3.5-billion antidengue vaccination program of the Department of Health (DOH).

The Public Attorney’s Office led by its chief, Persida Acosta, also filed homicide complaints against health officials for the deaths of dozens of children allegedly caused by Dengvaxia. The DOH said no death has been confirmed to have been directly caused by the vaccine.

Panelo on Thursday indicated there might be grounds to allow the use of Dengvaxia for people who were already exposed to dengue but said scientists must agree on that.

“If we know that Dengvaxia could be used for sero-positive patients, then why don’t we try it? We will just consider it. We have to make a study. As I said earlier, it needs, requires a serious study before we can use it,” he told reporters.

“Why not use Dengvaxia for those who already had dengue before? Because it would surely work there,” he said. “Mine is only a suggestion. But didn’t they say that the dengue cases are worsening? We need a vaccine for that.”

The DTPW said it supported the decision by the World Health Organization (WHO) to include Dengvaxia in the July 2019 Essential Medicines List and List of Essential Diagnostics.

Medicines on the WHO list are those that people should have access to at all times and in sufficient amounts, it said.

Noy: No basis for fears

Speaking to reporters after a Mass marking the 10th death anniversary of his mother, Corazon Aquino, on Thursday, former President Aquino said he still had not read or heard of any proof supporting the fears associated with Dengvaxia.

“So if there really is nothing wrong with this medicine, and that it even helps, why don’t we use it to ease the anxiety of the more than a hundred thousand of our people afflicted by dengue?” he said.

It recorded 8,295 cases in just a week ending on July 13, a 53-percent jump from the number for the same year-ago period.

Western Visayas had the worst situation with 18,943 cases and 95 deaths.

Aquino said he doubted whether the people who claimed that the vaccine purchased by his administration actually killed instead of saved people would admit their mistake amid the spike in the number of dengue cases.

“Let us just say that certain people have another motivation, which is to stir fear not only in regard to Dengvaxia but other vaccines as well. The means to protect public health have been denied to our people because of politics and ill motives,” he said. —WITH A REPORT FROM NIKKO DIZON, CONTRIBUTOR