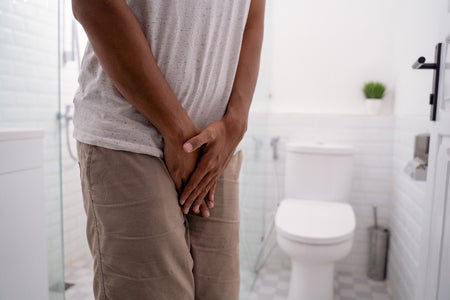 In an act of vengeance, a woman cut off her ex-husband’s penis and testicles after she discovered that he cheated on her while they were still married.

One Ms. Lee, 58 years old, cut off the genitals of her ex-husband Mr. Chen, 56, in Hukou, Taiwan, on Wednesday, July 24, as reported by The Sun on Friday, July 26. Lee and Chen have divorced less than a month ago. But Chen is financially supported by Lee since he has been unemployed for two years.

After inviting Chen over for sex, Lee cut off his genitals with a sharp pair of scissors, soaked them in acid, then flushed them down the toilet, as per report. He was only left with one centimeter of flesh in his genital area.

The police were alerted when Chen called to report the assault at 8:50 p.m., after he was able to lock himself in the bathroom.

“While the victim had his pants down, the suspect used a pair of scissors to cut off his genitals.” Xinhu Precinct deputy chief Kao Kai-long was quoted as saying.

Lee was said to have exclaimed, “If I can’t have it, no one else can” as she attacked Chen. The authorities were no longer able to recover Chen’s genitals. Meanwhile, Lee was found unconscious in the scene, after she attempted to kill herself with sleeping pills.

The ex-couple is currently being treated at the National Taiwan University Hospital, Zhudong branch. As per report, the doctors would have not been able to attach the man’s genitals even if the authorities found them because it “would have been contaminated with bacteria” by then, and chances of him regaining sexual functions would be “extremely low.”

Police are waiting for the ex-couple to recover before charging and detaining Lee. Hannah Mallorca/JB