A 5-year-old boy became an unlikely hero after warning his family that their house was on fire, giving them enough time to escape.

Jayden Espinosa woke up in his home in Chicago, United States, to find the building engulfed in flames last Saturday, July 26. 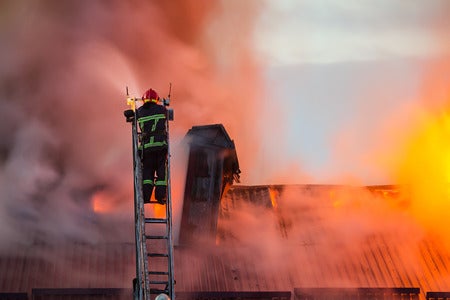 He immediately alerted the other members of his household, as per CBS Chicago, on the same day.

“If he didn’t wake us up, in those two minutes, we would have been out of there,” one of the displaced residents, Nicole Peeples said in an interview with the network.

Residents said the flames burned most of their valuables.

All 13 residents — seven adults and six children — are now homeless and in need of a new place to live in.

The Chicago Fire Department, as per report, is still investigating the cause of the house fire. Ryan Arcadio/JB