Caraga police destroys P1M worth of equipment for illegal fishing 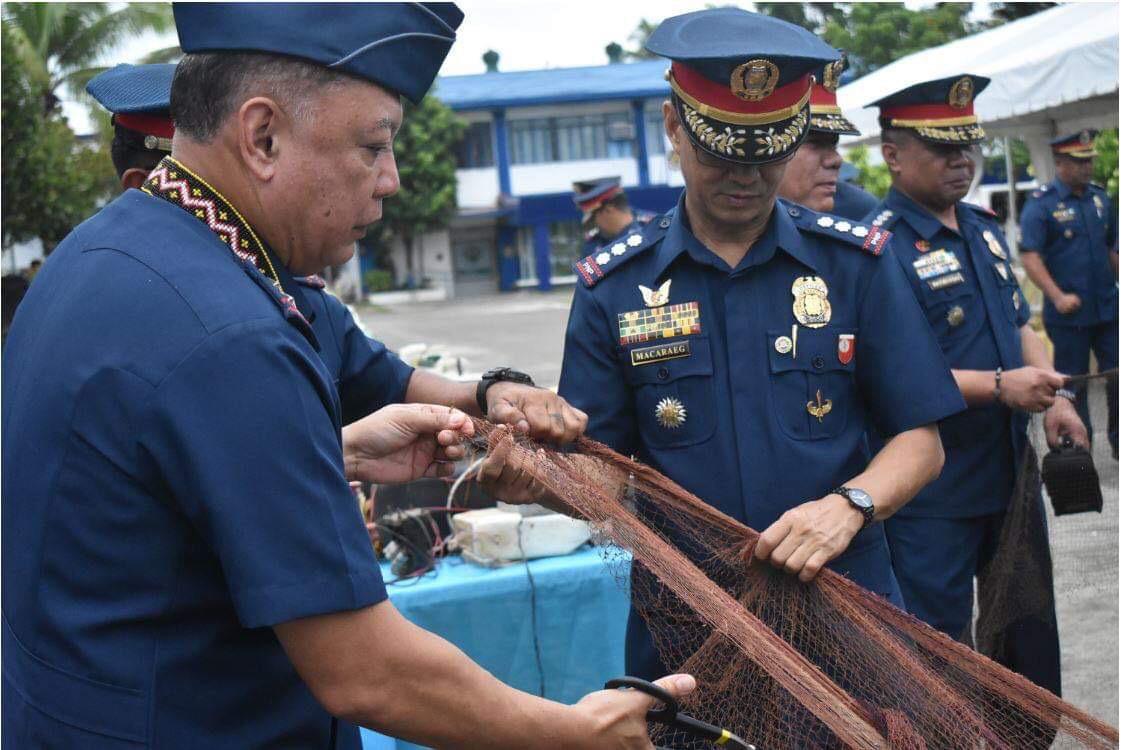 Maj. Gen. Elmo Francis Sarona, PNP director for Directorate for Investigation and Detective Management leads on Monday, July 29, 2019, the ceremony for the destruction of equipment used for illegal fishing which were confiscated in Caraga. (Photo from Caraga police)

MANILA, Philippines — The Caraga police destroyed on Monday over P1.6 million worth of confiscated equipment used for illegal fishing to show violators that authorities are serious in fighting against the illegal practice.

Brig. Gen. Gilberto Cruz, director of the Caraga police, said that aside from the destroyed equipment, police have confiscated P115,245 worth of illegally caught fish, and seized 19 blasting caps in a total of 138 operations throughout the region since January 1 until June 28.

A total of 240 violators, meanwhile, were arrested, while six criminal cases were filed in court.

“We had this ceremonial destruction of fishing paraphernalia to send a strong message to those who are engaged in illegal fishing to stop it, because the long arm of the law will be seriously going after them,” Cruz said in a statement.

Lt. Col. Christian Rafols, spokesperson of Caraga police, said the equipment were destroyed through disassembling in a ceremony at Camp Col. Rafael Rodriguez in Butuan City.

Also present during the event were members of the command group, staff, and personnel of the Caraga police. /je