A woman ran after a man who exposed himself to her twice while she was jogging in Massachusetts, United States.

Aia, who requested for her last name to be withheld, was running along a street around 7:30 a.m. last Thursday, July 18, when a man exposed himself to her. 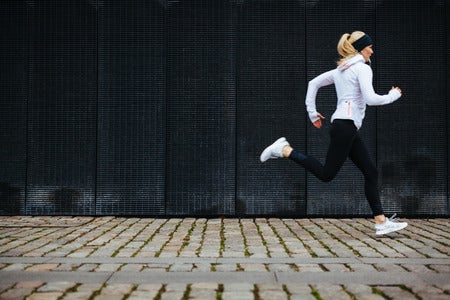 She thought it was a mistake the first time the man did it but she realized it was intentional when he exposed himself again, as per Patch yesterday, July 24.

According to the 35-year-old mother of two, the man attempted to grab or touch her arm during the second instance.

The woman, who happens to be a former member of the Israeli military immediately, turned around and chased the man while asking for his name, as per report. She was able to catch up with the man and hold him down while she called out to passers-by to notify the police.

The man claimed the incident was not intentional while he was held down.

Aia decided to take matters into her own hands when no one stopped or called the authorities despite her shouting. The man was able to escape from her hold when she pulled out her phone to alert the police.

“He picked the wrong victim,” she said in the report. “All I want is for women to stand up for themselves and for passersby to get involved.”

“Where I come from and how I grew up, we don’t just walk by. We don’t just ignore it, because I have a daughter and it could be my daughter next to him and she’s not going to be that,” Aia told NBC Boston in a separate report yesterday, July 24. “If you want to call it bravery for what I did, yeah, it’s for the ones after me.”

When asked for comments regarding the incident, police stated they advise anyone who finds themselves in a similar situation to call 911 instead of chasing the offender.

Aia described the offender as a man who may be in his early 40s with a heavy build, short, dark-colored hair and a receding hairline. He was wearing black and gray running clothes and black running shoes with white soles.

Police have yet to apprehend and identify the man, as per report. Ryan Arcadio/JB

Woman screams at man exposing himself on a crowded bus

Naked man jumps and stomps on cars, causes over P500,000 worth of damage