Woman screams at man exposing himself on a crowded bus 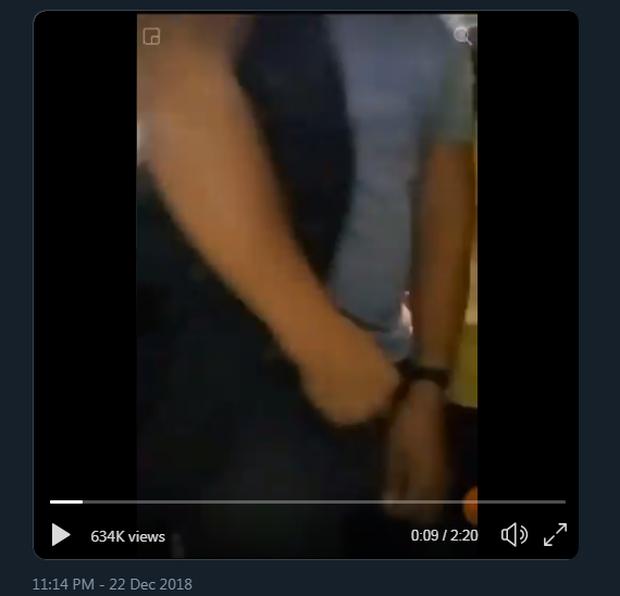 This screenshot from the video shows the man quickly zipping up after the woman called the attention of other passengers to what he had been doing.

A man standing on the aisle of a crowded passenger bus exposed himself to a woman sitting beside him.

His penis was dangling through the unzipped fly of his jeans, but he partially shielded it with a backpack slung from his shoulder so that only the woman could see it.

Thinking perhaps that the sight would shock the woman into silence, he instead got the shock of his life — and a continuous stream of cussing.

[Son of a bitch. What a pervert. Look, everyone, he has his penis out.]

The man was reduced to mumbling, as he quickly zipped up.

[Look. See, he already zipped it up.]

[You son of a bitch. Why are you showing your penis?]

The video, which runs for 2 minutes and 20 seconds, was posted on social media sites. It was not clear, however, who first posted it.

It was a Twitter post of the video that got the attention of INQUIRER.net editors. It was posted by Ushwa — a National University student named Joshua Paciben II.

He consented to be mentioned in this article, because, after all, the reason he posted the video was for public awareness of such incidents. 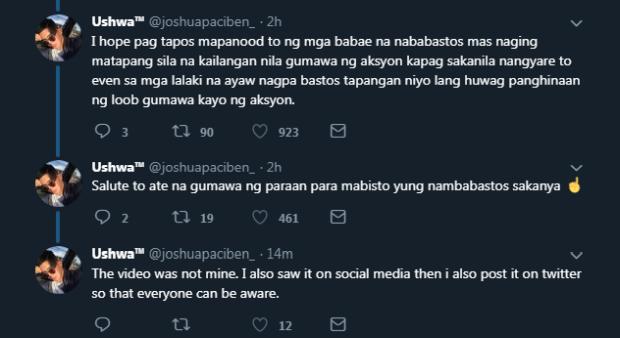 [I salute her for doing something to expose her molester.]

Further, Paciben said: “The video was not mine. I also saw it on social media then i also post it on twitter so that everyone can be aware.”

Here are some screenshots of netizens’ comments: 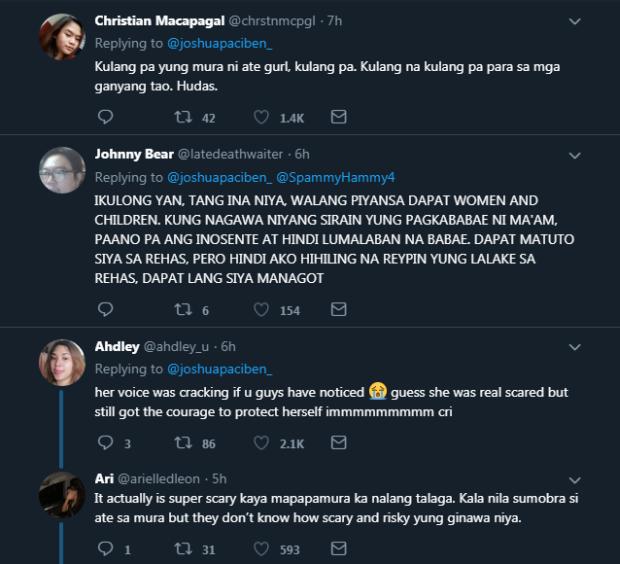 A screenshot of some of the first comments on the video posted on Twitter.

Read Next
DTI releases list of authorized firecracker makers
EDITORS' PICK
Acer starts the year off strong with the Aspire Vero National Geographic Edition
Comelec division junks petition to cancel Marcos COC for president
PH logs 37,070 more COVID-19 cases; over 33K others recover
The best of bayside and city living at SMDC’s Sail Residences
‘Not yet the end’: Lawyer says Marcos Jr’s DQ cases to take lengthy process
Over 3 Million worth of prizes to be won at Smart Padala’s SENDali Manalo Promo!
MOST READ
NBI foils escape attempt of Kerwin Espinosa, two others
Marcos camp ‘extends hand of unity’ after COC cancellation bid is thrown out
Wendell Ramos finally gets to hold his newborn for the 1st time
No vaccine, no French Open for Djokovic, says French Sports ministry
Don't miss out on the latest news and information.

TAGS: man exposing himself on bus, voyeur on bus