MANILA, Philippines — When Palanca-winning author Segundo Matias Jr. went to the Department of Health (DOH) to interview “poz” (HIV-positive individuals), he noticed that they wore face masks to cover their faces. 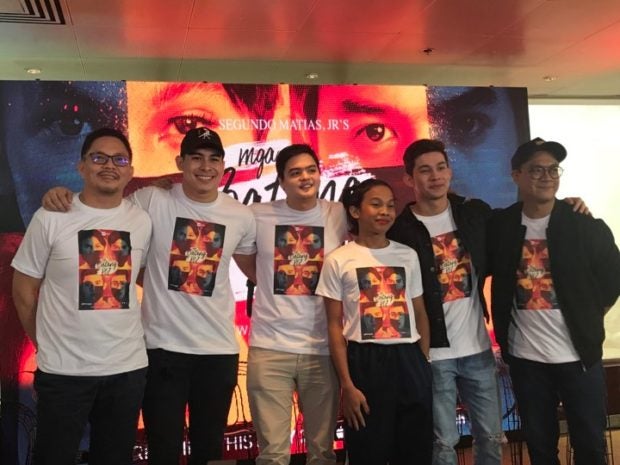 Matias’ “Mga Batang Poz,” considered as the first Philippine young adult novel on HIV, becomes a digital series to school the youth on the life of HIV-positive individuals.

The six-part series takes viewers to the life of four HIV-positive who reckon with their desires and face the shame of exploring this in a society that continues to be conservative.

But more than the characters’ battle with HIV, “Mga Batang Poz” also delves on the consequences of misinformation.

While the series do contain intimate and sensitive scenes, Martinez pointed out it is not something that should be seen simply as lewd because it serves its own purpose in the story.

However, the novel and the series can only do so much, hence Matias emphasized the need for awareness on HIV to start at home.

“Mga Batang Poz,” starring Awra Briguela, Mark, Nueman, Fino Herrera and Paolo Gumabao, sees through the lives of HIV-positive — questioning what it means to live after diagnosis, managing their disease through medication and braving the judgment from society, friends and even their families.

“Mga Batang Poz” will be available for streaming on iWant starting Friday, July 26 at 9 p.m.