A woman was arrested for reportedly firing a gun inside a fast food restaurant in Georgia, United States, after receiving cold fries.

Lillian Tarver left the restaurant with her order but came back, claiming the fries served to her were cold, last Tuesday, July 16. 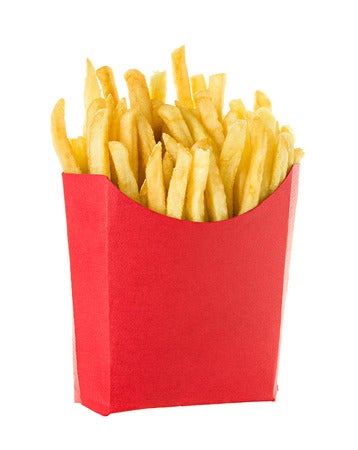 The manager of the McDonald’s branch was replacing Tarver’s fries when one of the employees, Lynn Watson, got into a verbal argument with the woman, as per CBS-affiliate WTOC on Monday, July 22.

While Tarver was arguing with the employee, she threw a drink at Watson and the manager. Tarver then went behind the counter and into the kitchen where she got into a brawl with Watson.

“We were physically fighting because I had to grab her because she was putting up a set like this, and I had to seize my moment when I knew I could. When she bent down, I grabbed her hair and just started slinging her across the floor,” Watson told WTOC in an interview.

After the fight, Tarver left the restaurant to go to her car. She then returned with a gun in her hands, which she used to fire a shot into the kitchen floor.

As per report, the incident ended when Tarver left the establishment after receiving a refund from the store’s owner.

Police arrived at the scene after Tarver had already left the location. Garden City Police Department Detective Roberto Rodriguez told USA Today in a separate report on July 23, that an officer saw her leave the restaurant in a car “at a high rate of speed.”

When authorities caught up with her and asked her to pull over, she initially refused. Tarver surrendered after a “10- to 15-minute” chase, Rodriguez said in the report. He also stated that no one was injured during the incident.

Police then booked Tarver into the Chatham County Jail where she is being held without bond. She also faces charges of aggravated assault, armed robbery and fleeing police, among nine other charges, as per the Chatham County Sheriff’s Office. Ryan Arcadio/JB