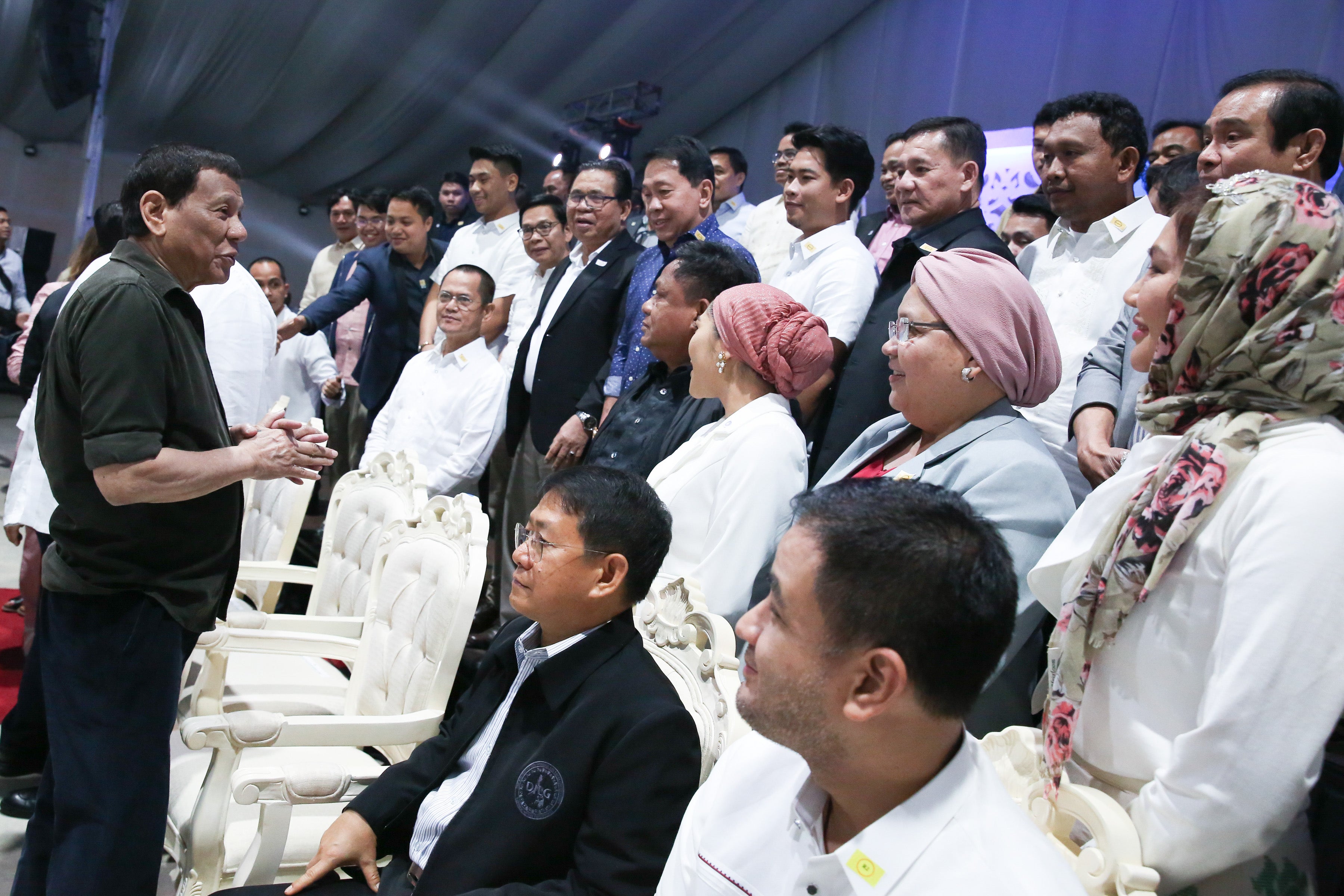 President Rodrigo Roa Duterte interacts with the guests during the meeting with the local chief executives at The Manila Hotel on July 23, 2019. ACE MORANDANTE/PRESIDENTIAL PHOTO

MANILA, Philippines —  President Rodrigo Duterte met with governors and mayors nationwide at the Manila Hotel on Tuesday night, a day after his fourth State of the Nation Address (Sona).

The meeting came after Duterte told Interior Secretary Eduardo Año to suspend mayors or governors who would not heed the order to reclaim all public roads that have been used for private purposes.

“Reclaim all public roads that are being used for private ends. There are lots of them there. And again, I ask Secretary Año to see to it that it is enforced,” he said in his Sona.

“I reiterate my directive, my request, my pleadings, to the MMDA (Metropolitan Manila Development Authority) and all concerned local officials in Metro Manila and other cities to undertake immediate action to ensure the speedy and smooth flow of vehicular traffic,” he said. /muf