SEOUL, South Korea – A lawmaker cites Russia’s acting ambassador as saying Russia wants an investigation into a South Korean announcement that a Russia military plane has violated its airspace. 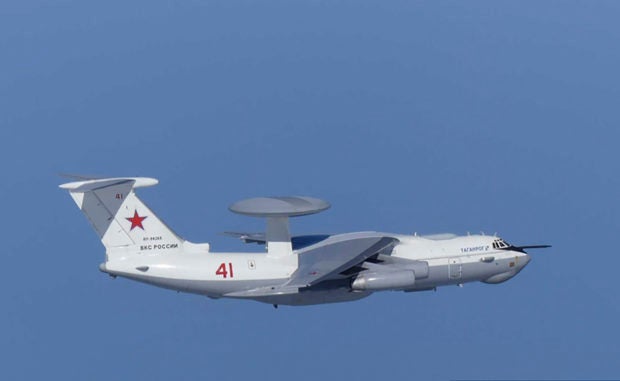 This image released by Joint Staff, Ministry of Defense, shows Russian A-50 airborne early warning and control aircraft flying near the Korean-controlled island called Takeshima in Japanese Tuesday, July 23, 2019. Japan has protested to Russia for allegedly violating Japanese airspace and to South Korea for firing warning shots there. (Joint Staff, Ministry of Defense via AP)

Russia has denied that.

Russia says two of its bombers were on a routine flight over neutral waters and didn’t violate South Korea’s airspace. /gsg