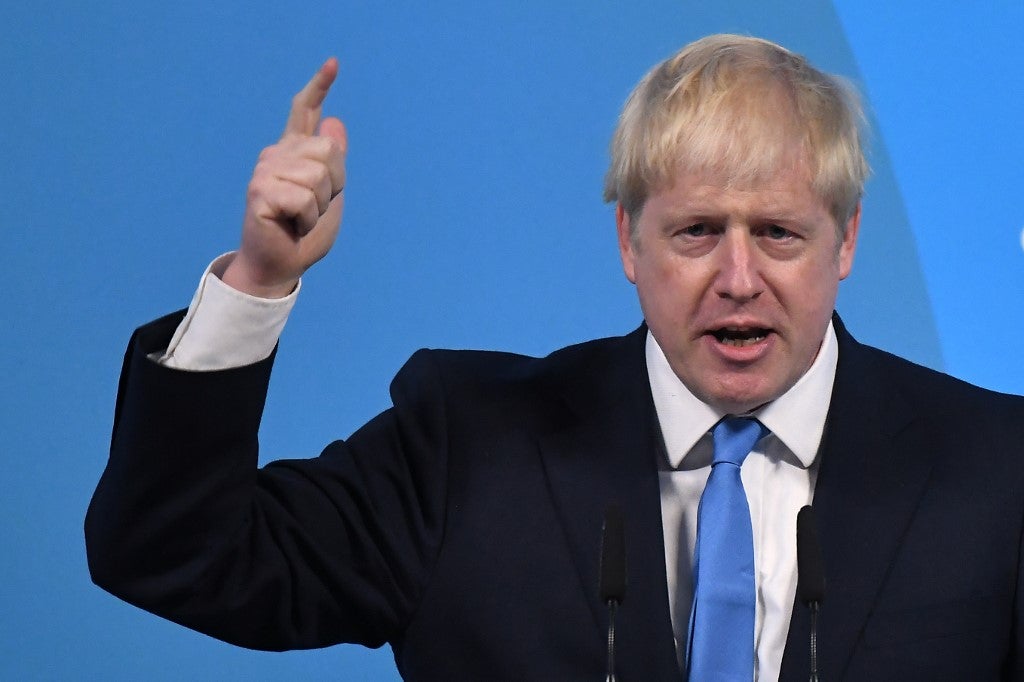 LONDON, United Kingdom — Boris Johnson won the race to become Britain’s next prime minister on Tuesday, but will face a confrontation over Brexit with Brussels and members of his own party as well as a tense diplomatic standoff with Iran.

The former London mayor easily beat his rival, Foreign Secretary Jeremy Hunt, in a poll conducted among members of the governing Conservative Party.

He is expected to be confirmed as prime minister on Wednesday, when his predecessor Theresa May formally tenders her resignation to Queen Elizabeth II.

It is a triumph for a man who has always wanted the top job, but Johnson, known for his jokes and bluster, is taking over at a time of immense political upheaval.

Three years after the referendum vote to leave the European Union, Britain remains a member, after twice delaying its exit amid continued wrangling in a divided parliament — and the country — on how to proceed.

Johnson led the 2016 Brexit campaign and has said the latest deadline of October 31 must be kept, with or without a divorce agreement with the EU.

But Brussels says it will not renegotiate the deal it struck with May, which was designed to ease the end of a 46-year partnership but which MPs have rejected.

A majority of lawmakers are against a “no deal” Brexit, including many of Johnson’s colleagues.

Three cabinet ministers have already said they will not serve under Johnson, saying that severing ties with Britain’s closest trading partner with no new arrangements is deeply irresponsible.

The government’s official forecaster said last week that Britain will slide into a year-long recession should it leave the EU without a deal.

Westminster is watching for any early challenge to the new Conservative leader from within his party, which could stop him automatically becoming prime minister.

Barring that, he will be confirmed by Queen Elizabeth on Wednesday before moving straight into Downing Street.

With just months before the Brexit deadline, Johnson is expected to hit the ground running, announcing his cabinet and other top posts in the next few days.

May’s government currently has a majority of just two in the 650-seat House of Commons, made possible through an alliance with the 10 MPs from Northern Ireland’s Democratic Unionist Party (DUP).

Finance Minister Philip Hammond and two other cabinet ministers have already announced they will step down, as has junior foreign minister Alan Duncan.

Duncan revealed he had sought to force a vote on Johnson’s leadership on Tuesday — before he enters Downing Street — but was blocked by Commons Speaker Johnson Bercow.

However, the main opposition Labour party is not currently expected to force a confidence vote this week.

And retiring Justice Secretary David Gauke said that while he disagreed with Johnson’s strategy, he was willing to give him a chance.

“I think he needs to be given an opportunity to go out there to engage with the European Commission,” Gauke told BBC radio.

MPs are expected to go on their summer holidays on Friday, giving Johnson some breathing room over the summer to try to get a new Brexit deal.

But when he returns, if “no deal” looks likely, several Conservative MPs warn they will try to stop him — a move that could trigger an early election.

Johnson wooed Tory members — and before that, Tory MPs, who backed him over Hunt by a wide margin — with a promise to deliver Brexit but also to take the fight to their political rivals.

The opposition Labour party under veteran socialist Jeremy Corbyn is currently slightly ahead in opinion polls.

But both main parties face a major challenge from Nigel Farage’s eurosceptic Brexit Party on one side, and the pro-EU Liberal Democrats on the other.

Johnson’s domestic battles might have to take a backseat during his first days in office as he manages tensions with Iran.

It came two weeks after Britain held an Iranian tanker off Gibraltar on suspicion of breaching sanctions on Syria.

The standoff comes amid escalating tensions between Iran and the United States over the Islamic republic’s nuclear ambitions.