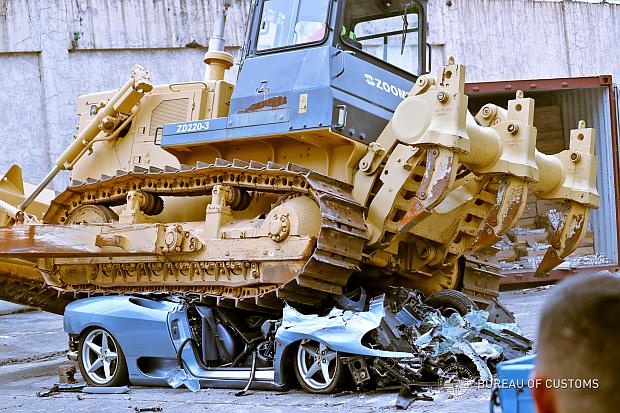 MANILA, Philippines — The Bureau of Customs destroyed on Tuesday a misdeclared sports car, fake cigarettes, and imported cigarette-making machines in its compound in Port Area, Manila.

The BOC said that a Ferrari arrived at the Port of Manila last May 13 and was declared as used auto spare parts.

Nobody claimed the sports car. So, under the Customs Modernization and Tariff Act (CMTA), it was declared abandoned and forfeited.

“It was only upon physical examination that our customs examiner found out that the shipment actually contained a Ferrari with both doors and the hub dismantled from the main body,” the bureau said in a statement.

The bureau had the Ferrari destroyed using a bulldozer. 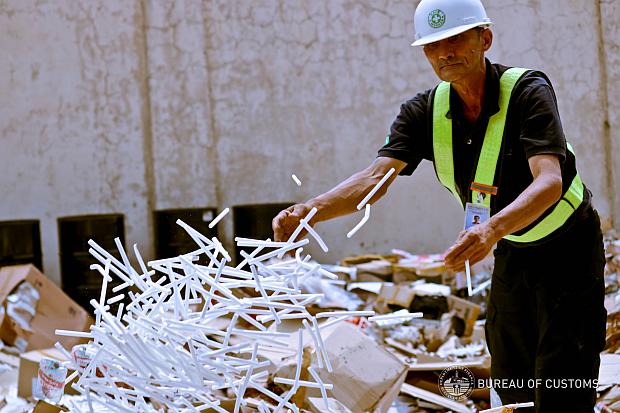 The bureau also disposed of fake cigarettes at its compound in Manila. (Photo from the Bureau of Customs)

Aside from that, the bureau also destroyed more than a thousand boxes of fake cigarettes and 12 imported cigarette-making machines.

The bureau said that the items were seized from a warehouse in Barangay Bagacay in Tacloban City last February for having no papers to prove payment of duties and taxes. 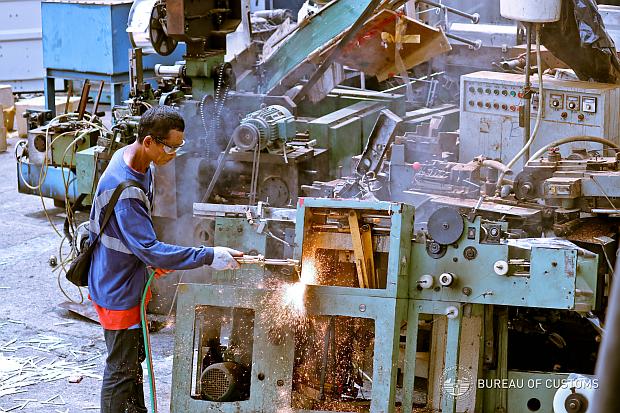 “Warrants of Seizure and Detention were issued against the said machines which were eventually forfeited under Sections 1401 and 1113 of the CMTA,” the bureau said. “While several master cases of counterfeit cigarettes were seized pursuant to the said provisions of the CMTA and RA 8293, otherwise known as the Intellectual Property Code of the Philippines.”