At least 16 of Duterte’s Sona bills may get Senate nod, says Sotto 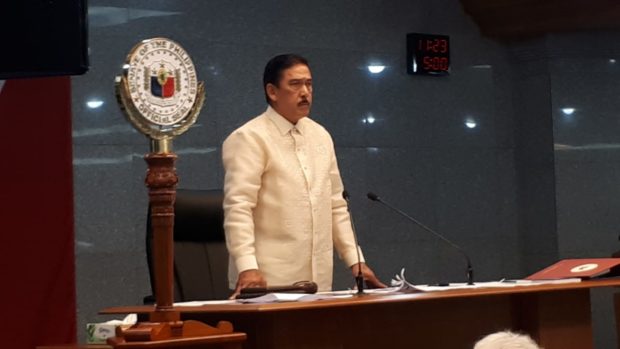 MANILA, Philippines — At least 16 bills that President Rodrigo Duterte mentioned in his fourth State of the Nation Address (Sona) have a “high chance” of getting the Senate’s approval, Senate President Vicente Sotto III said Tuesday.

Among these is the President’s push for the pay hike of government workers including nurses and public school teachers, which Sotto said, should be a priority in the Senate.

The revival of the Reserve Officers’ Training Corps (ROTC) for Grades 11 or 12 could also pass the Senate, he said.

However, it is only the reimposition of the death penalty that would face long debates in the higher chamber of Congress.

Sotto said passing the proposed death penalty in the Senate could be a “squeaker,” however, he noted that at least 13 senators might vote in favor of the proposal.

Below is the list of bills that the President asked the 18th Congress to pass during his fourth Sona: