One more year of martial law in Mindanao pushed

MANILA, Philippines – National Security Adviser Hermogenes Esperon, Jr. on Tuesday said he will recommend the extension of martial law in Mindanao for another year due to the sustained rebellion in the region. 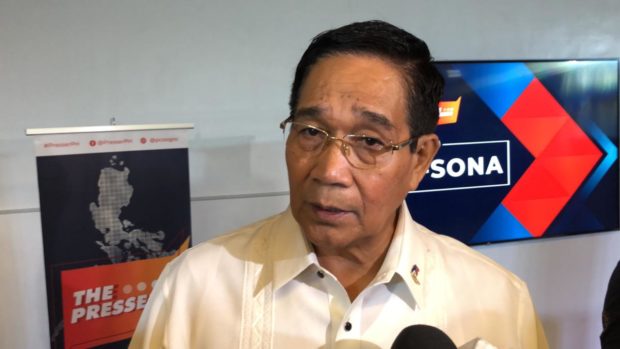 “I will.  I’ll go for one year,” Esperon told reporters on Tuesday after the post-Sona press briefing of the Duterte Cabinet.

Mindanao has been under martial law since the Marawi City siege in 2017.

On July 18, 2017, just before President Duterte’s executive order declaring martial law in Mindanao expired, he requested an extension, which Congress approved until December 31, 2017.

He again requested for a one-year extension until December 31, 2018, even as he had declared Marawi “liberated from terrorist influence” in October 2017.

Esperon noted that terrorism in Mindanao continues to thrive, as shown by recent bombing attacks in the area.

The former Armed Forces of the Philippines chief-of-staff, however, said he is open to lifting martial law in some areas, such as Davao City.

“Why not (lift martial law) kung kaya na? You know why? Davao City is already a hardened area,” Esperon said.

Presidential daughter and Davao City Mayor Sara Duterte-Carpio earlier called for the exemption of the city from martial law, stressing that the security situation in the city and other areas in Mindanao have already improved. /gsg