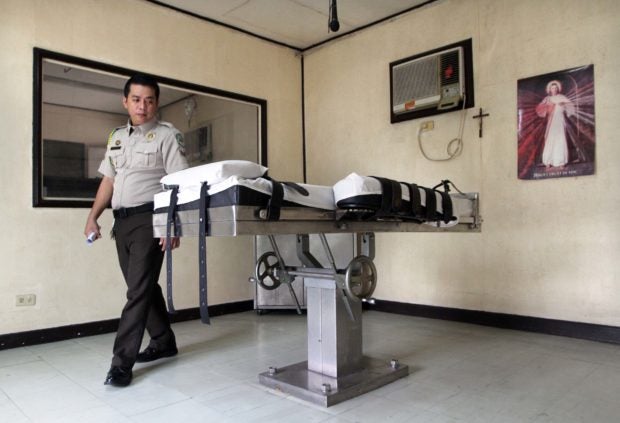 MANILA, Philippines — President Rodrigo Duterte’s push for the reimposition of the death penalty in the country will boost the measure’s chances in the Senate, Sen. Ronald dela Rosa said Monday.

“Malaki laki ang chance,” the former chief of the Philippine National Police and Bureau of Corrections said in an interview after the President’s fourth State of the Nation Address (Sona), referring to the death penalty bill.

During Duterte’s annual report, he urged Congress to pass a measure reimposing the capital punishment for heinous crimes and drug-related offenses, as well as plunder.

Although Dela Rosa was unsure if the death penalty for plunder would sit well with his fellow senators, he said he would be willing to discuss this during the committee deliberations.

The pro-administration senator also said Duterte was just appealing and not “directing” Congress to pass the controversial measure.

On March 7, 2017, the House gave its nod to House Bill No. 4727 seeking to reimpose capital punishment for heinous drug-related offenses but it did not prosper in the Senate.

The death penalty was suspended through Republic Act No. 9346 which was signed in June 2006 by then-President Gloria Macapagal-Arroyo.