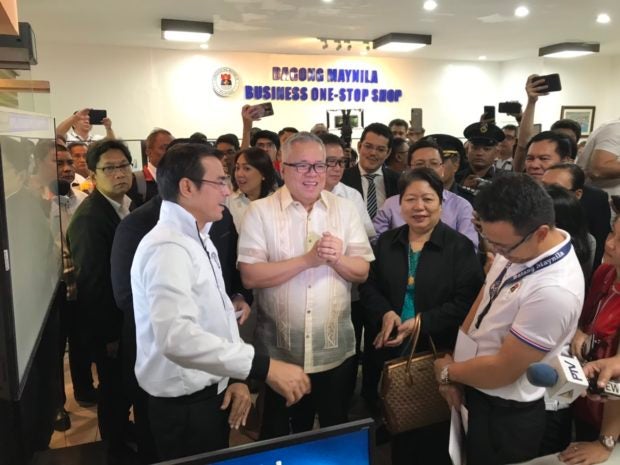 MANILA, Philippines — The local government of Manila launched on Monday the Bagong Maynila Business One-Stop Shop (BOSS) that aims to eliminate red tape and lower the processing time of business permits and licenses from one week to one day.

Leading the launching of BOSS were Manila Mayor Isko Moreno and Department of Trade and Industry Secretary Ramon Lopez.

Atty. Paul Vega, chief of the Manila Business Permits and Licenses Office, said that the public now only has to process their documents in three steps: “File, Pay and Claim.”

According to Vega, as long as business permit applicants file their complete requirements, they can get their permits and licenses in one day.

The BOSS, Vega said, has seven windows–with one reserved for senior citizens, pregnant women and PWDs. BOSS is located inside the Manila City Hall.

In line with this, Moreno and the SM Group will enter into an agreement wherein the activity area of SM City Manila may be used by the City Hall as a satellite branch for the BOSS.

The satellite branch is set to open in January 2020 when businesses are expected to file their applications for renewal or new business permits.

BOSS was created after Moreno signed Executive Order No. 8, which promotes ease of doing business in the country’s capital.