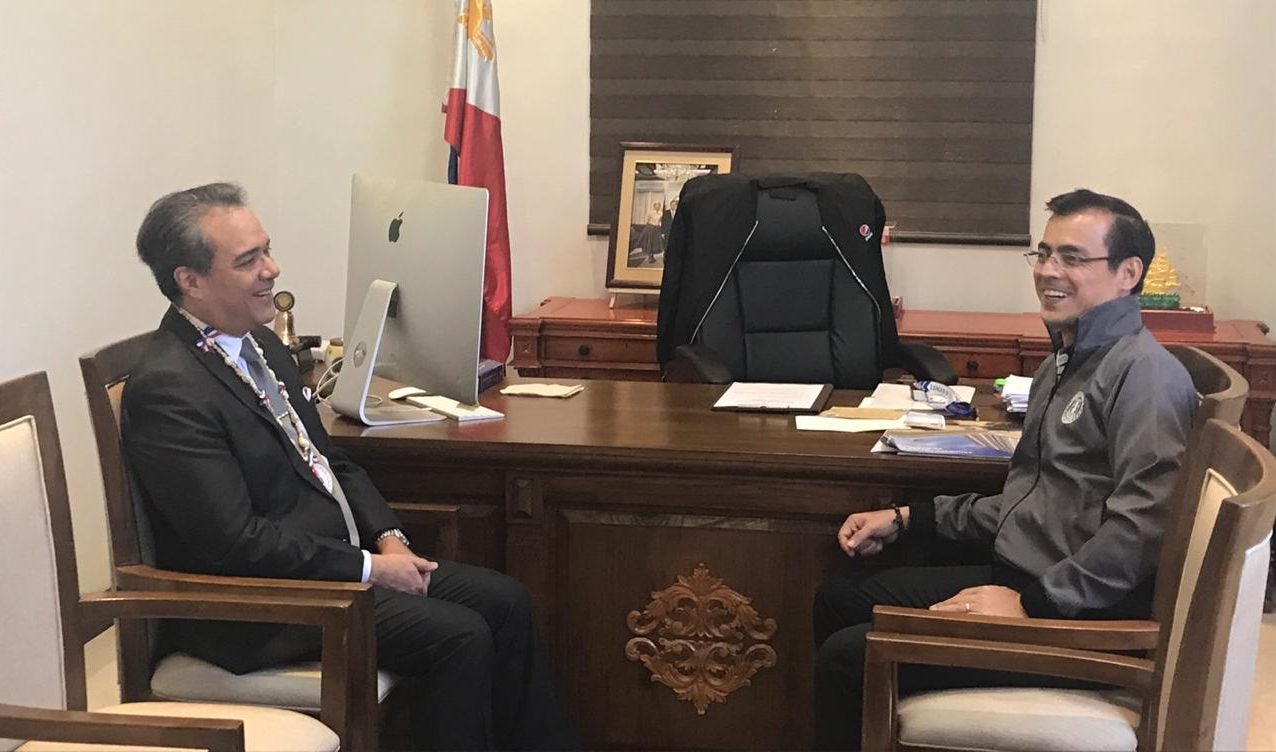 MANILA, Philippines — Manila Mayor Isko Moreno said the successive meetings he has had with different envoys were a “good sign” for the city.

“I’m happy that the members of the diplomatic corps and the consular’s office…keep coming back or visiting Manila. We’re honored, of course,” Moreno told reporters after he met with Ambassador of the Republic of Panama to the Philippines Rolando Guevara Alvarado on Friday.

Alvarado is the third ambassador Moreno formally met since he assumed office on July 1.

“It’s a good sign that they’re hopeful, hopeful about the city government, where the city’s going in the next,” Moreno added.

According to Moreno, the Panama envoy offered a cultural exchange with Manila.

“We’re happy because most of these people are from Manila. So, its job generating situation,” he added.

During the meeting, Alvarado also wished “all the best for your (Moreno) good endeavor” in the city.

“People are aware of the job you are doing, that’s something important to take into consideration. I know you have a more chance ahead, you have the energy and the team,” the diplomat said.

Moreno, likewise, expressed joy over his meetings with the different top envoys almost three weeks into his term.

He said he would be meeting with the Japanese Ambassador to the Philippines Koji Haneda on Monday next week.

“Were happy, it’s not about our pride, it’s the pride of the city of Manila and the people of Manila. It’s not for me. At least maganda yung outlook nila sa Manila,” he added./ac