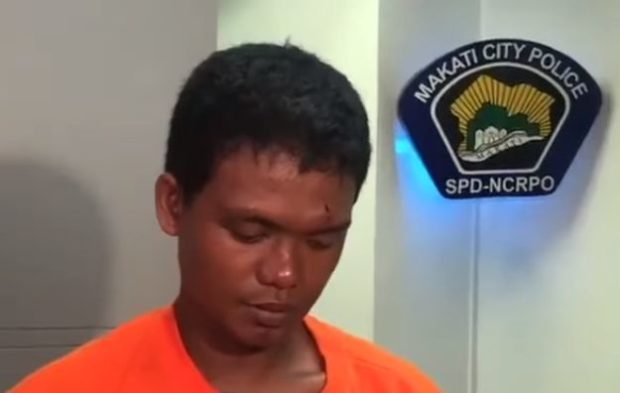 MANILA, Philippines – The suspect in the rape-slay of a one-year-old boy is now facing criminal charges before the Makati Prosecutor’s Office.

On Wednesday, the boy was found dead in an abandoned building in Makati City after he was allegedly raped by Reparip.

Reparip admitted that he choked the victim after carrying out the alleged rape which led to the death of the boy.

Read Next
‘Falcon’ leaves PAR; storm signal warnings lifted – Pagasa
EDITORS' PICK
EDITORIAL: To a bike-friendly future
The Best Tech Gifts For The 2022 Holidays
Is it safe to talk politics again at family gatherings? ‘The Reconciliation Dinner’ shows us what that’s like
House energy committee chair Arroyo bats for cheap electricity
vivo’s coming to town to grant wishes with more holiday promos
Pagasa: Warm, sunny Sunday in most parts of PH
MOST READ
LOOK: Vhong Navarro transferred to BJMP detention facility in Taguig
The Elephant Man in the Senate
Posh village as ‘shabu’ haven
LOOK: Zanjoe Marudo bonds with Ria Atayde, her family
Don't miss out on the latest news and information.