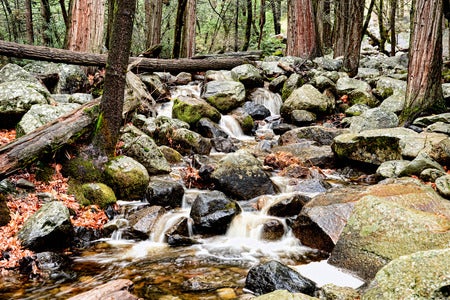 A grandmother was found by her grandson and his friends, lying face down in the creek bed, after she went missing for five days.

Sixty-nine-year-old Sandra Adams was missing when her family members visited her apartment in North Carolina, United States, as reported by ABC and Telemundo-affiliate WSOC-TV on Tuesday, July 9. Adams was last seen on Wednesday, July 3.

Although Adams was known to take walks around her apartment complex, she always returns home.

After unsuccessful attempts to look for her, Nate Cassel, Adams’ grandson, and his friends decided to search for Adams “one last time.”

“Man, we were just lookin’ for his grandma. Man, nobody was really helpin’ him,” Shawn Willis, Cassel’s friend, was quoted as saying.

Cassel, Willis and their friends looked for Adams in the woods behind her apartment on Monday, July 8. After about a quarter-mile search, Adams was found near the park with her face lying down on the creek bed.

Cassel thought his grandmother has died, as per report. He and his friends called family members while the Charlotte-Mecklenburg Police Department was alerted immediately.

As police were arriving at the creek, Adams suddenly raised her arm up. She was alive.

According to the police, Adams fell while going for a walk. Hannah Mallorca/JB

Couple weds at hospital so grandmother can attend ceremony