A woman criticized her city’s mayor for allowing a Spider-Man statue, which she deemed as demonic, to be placed in their city in Nebraska, United States.

The woman felt so strongly about the art piece that she sent an email to the Lincoln City mayor last Friday, June 12, demanding the city to relocate it, as per the Lincoln Journal Star last Tuesday, July 16. 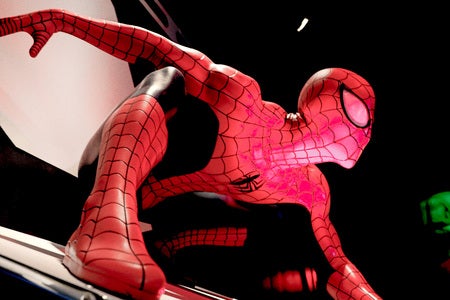 The statue depicted Spider-Man’s hands, painted in the colors red and black, spinning a web. The unnamed woman did not agree, believing it was related to the Devil.

“It’s a sculpture of two hands open, painted Red & Black, and formed into Devil Horns,” she said in her email to the city mayor Leirion Gaylor Baird.

She called the piece a “hate crime against the church” and demanded that the city relocate the six-foot statue. As per report, she deemed the art piece as anti-Christian, demonic and completely inappropriate for showcase near a family attraction such as the Lincoln Children’s Zoo.

Lincoln City ombudsman, Lin Quenzer, did not agree with the woman’s sentiments. He said the sculpture did not depict devil horns nor is it a city issue.

The piece is one of 50 installations located across the city as part of the “Serving Hands Lincoln” public art project. The sculptures will be auctioned off and the proceeds will benefit Campus Life, a nonprofit organization.

The nonprofit’s executive director, Matt Schulte, echoed Quenzer’s sentiments. He explained that painting the statue in black and red was to pay homage to the recent depiction of the superhero, who traditionally dons the colors blue and red.

“The sculpture is most definitely not a devil-related sculpture,” Schulte said in the report. “It clearly has a very playful child-like intent.”

Ultimately, Quenzer informed the woman that the city has no intention of removing the art piece. Ryan Arcadio/JB