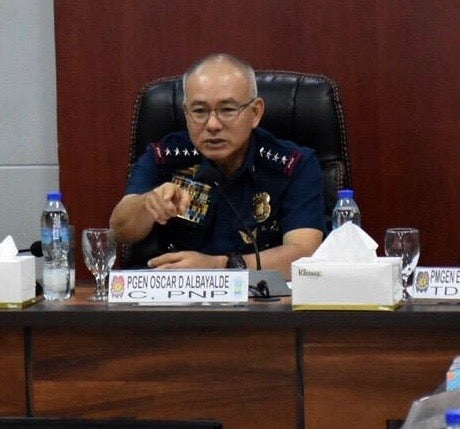 MANILA, Philippines — Philippine National Police (PNP) chief Gen. Oscar Albayalde said Friday that investigators will check if they can file a case of obstruction of justice against the management of Metrobank branch in Binondo, Manila for not allowing the police to immediately enter its premises after it was robbed.

Albayalde said this type of practice, whenever crime happens in private establishments including malls and hotels, delays or even hampers the response capability and eventual investigation of the police.

“When something happens in a place, that is considered a crime scene. Kailangan makapasok ng mabilis ‘yung ating investigators [Our investigators should be immediately allowed to enter],” he told reporters in a chance interview at Camp Crame, Quezon City.

Manila Police District (MPD) director Brig. Gen. Vicente Danao Jr. earlier said the responding officers were prevented by the Metrobank branch head to enter the scene of the crime to investigate. The policemen were only able to enter the premises two hours later since they responded to the area.

Albayalde said this interference might have been the reason why the police were not able to arrest the seven robbers, including two lookouts, during the incident on Thursday morning.

“We will check on that kasi (because) technically, baka pwede kami makapagfile ng (maybe we can file a case of) obstruction of justice,” he said, adding that “time is of the essence” during crime incidents. /jpv