MANILA, Philippines — Former President and Manila Mayor Joseph “Erap” Estrada had more than P140 million worth of unresolved transactions and unliquidated cash advances during his last three months in office as city mayor, an  initial report from the Commission on Audit (COA) showed.

According to the COA report, a total of P141,021,321.31 notices from various transactions of the City of Manila from April 1 this year remained unresolved until Estrada ended his term as city mayor in June 30. 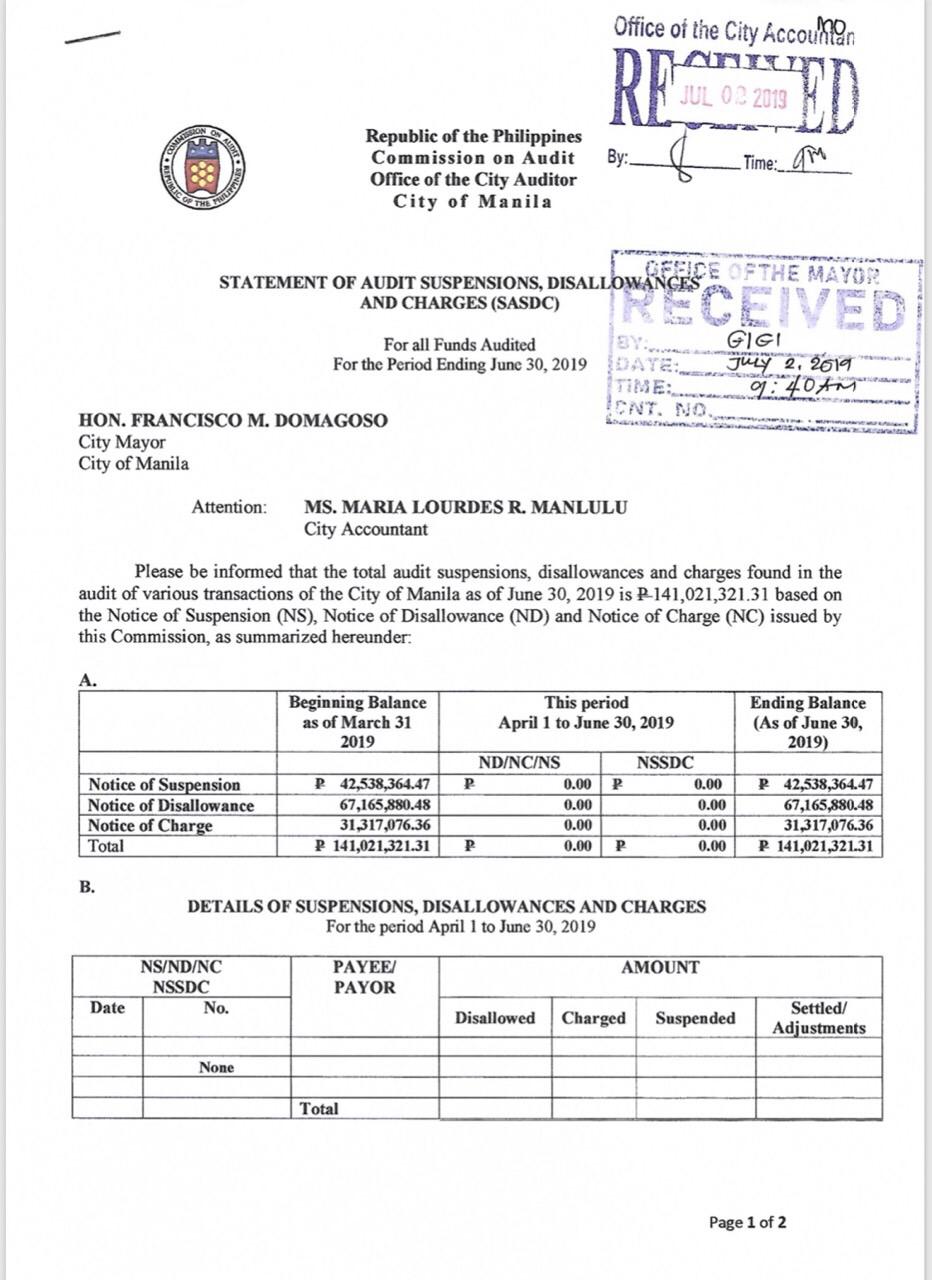 “We think some people have some explaining to do,” Julius Leonen, Manila Public Information Office chief, told reporters on Tuesday.

Based on the breakdown sent by Leonen to reporters, the Estrada administration had P67,165,880.48 in disallowances.

INQUIRER.net has reached out to Estrada but has yet to reply as of this writing.

A 2018 COA report also revealed that the Estrada administration left the city of Manila with P4.3 billion cash deficit.

The current Manila’s City Accountant and its City Budget Officer are now looking into this report.

Estrada earlier expressed surprise on the COA report saying that he actually left around P10.3 billion in the Manila City Treasury when he ended his term in June 30.  (Editor: Mike U. Frialde)