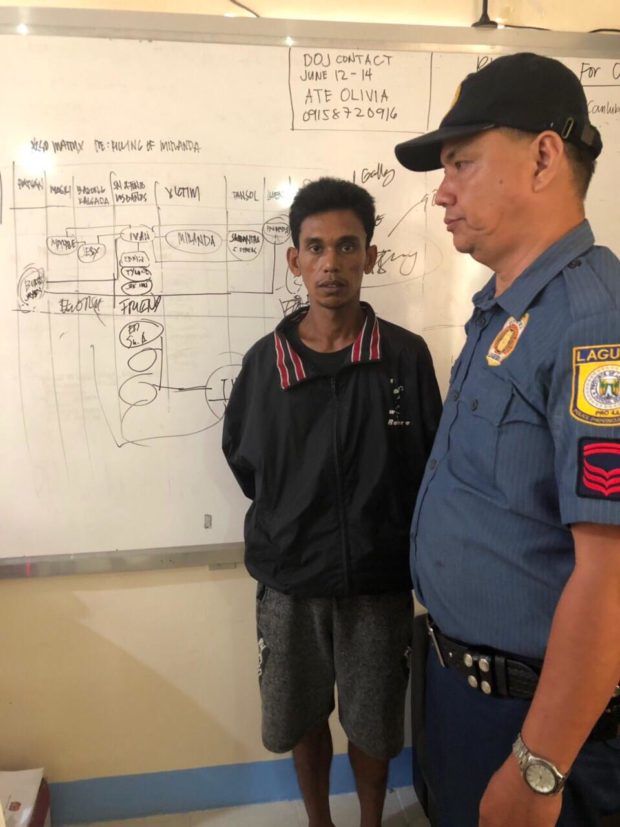 Renan Estrope Valderama, the suspect in the murder of a Grade 7 student in Laguna. Photo from Laguna police

MANILA, Philippines – The suspect in the killing of a Grade 7 student in Laguna was arrested by the police on Tuesday.

“It was through the help of a concerned citizen (who reported) sightings of the suspect in that area,” Matta said in a phone interview.

Valderama was implicated in the fatal shooting of 15-year-old Mark Anthony Miranda inside a classroom in Castor Alviar National High School last July 4.

Valderama reportedly took care of Miranda and had been sending him to school since March.

But the teen just this month had filed a complaint of sexual and child abuse against the suspect.

Authorities recovered from Valderama the .38 caliber revolver he allegedly used to shoot and kill the student.

Valderama is in police custody and will be charged with murder. (Editor: Gilbert S. Gaviola)