WATCH: Biker calls out jeepney driver after cut off encounter 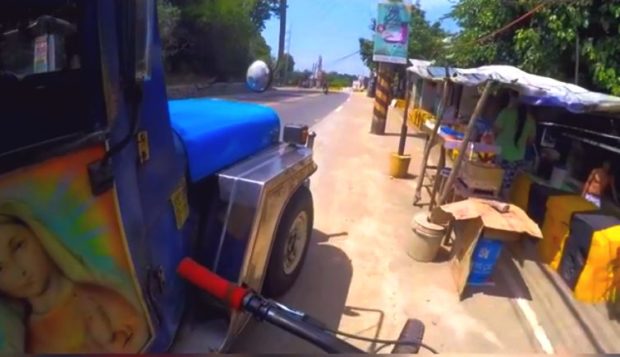 MANILA, Philippines — A mountain bike rider called out a jeepney driver on Facebook for cutting him off and almost running him over.

In a Facebook post last Friday (June 28), a certain Raymond Amonoy said he was on his way home when the incident happened along a side road in Antipolo.

Amonoy’s post was accompanied by a 90-second clip of his encounter with the jeepney driver.

Amonoy was back to pedaling his bike when the jeepney, packed with passengers, can be seen cutting off his bike once again and stopping right in front of him.

The biker then moved his bike away from the jeepney before he sped away.

It will be recalled that an Army reservist, Vhon Martin Tanto,  shot and killed biker Mark Vincent Garalde in Quiapo, Manila, in July 2016 over a traffic dispute.

Tanto was caught on closed-circuit television camera shooting Garalde several times after a fistfight on Casal Street in Manila over a traffic dispute.

A stray bullet from Tanto’s gun also hit 18-year-old student Rosell Bondoc, who remains at the Mary Chiles Hospital.  The second-year student of the Universidad de Manila was hit in the lower back, with the bullet damaging her kidney.(Editor: Abe Cerojano)